Quote from the video text:
“Synopsis: Bob Kennedy’s guests are: Major Donald E. Keyhoe, Streeter Stuart, newsman and NICAP member and Walter Webb, amateur astronomer and NICAP member. This is an extremely important historical recording of early NICAP members and the head to head by Walter Webb and [Streeter Stuart] with Mrs. Lyle Boyd over the [book’s] omissions and conclusions. It must also be stated that NICAP, since early 1964, had been using appearances on the radio as a vehicle to promote their upcoming research book entitled, The UFO Evidence.”

My comment:
The radio show has an interview with police officer Lonnie Zamora. was a witness to the 24 April 1964 , UFO incident. The interview starts at 10:24.

Quote from the article:
“September 30th, 1963: Bob Kennedy, who will do talk and public affairs, joins WBZ. His award-winning show called ‘Contact’, made it’s debut on September 30th, 1963 and featured a wide range of celebrities– from politicians to authors to the day’s biggest newsmakers– appear on it. The call-in number is Algonquin 4-5678. ‘Contact’ remains on the air during most of the decade.”

To:         Director of Special Investigations
The Inspector General
Department of the Air Force
The Pentagon
Washington 25, D. C.

The Savannah Office of this Bureau has been informed that at approximately 10:45 p. m., May 10, 1952, four employees of the DuPont Company employed in the Savannah River Plant near Ellenton, South Carolina saw four disk shaped objects approaching ‘the four hundred area’ from the south which disappeared in a northerly direction. At approximately 11:10 p. m. A similar object was seen by these employees approaching from the northeast and disappearing in a southwesterly direction.  A similar object was also sighted about 11:15 p. m. traveling from south to north by the same employees.

The disks were described by the above-mentioned employees as being approximately fifteen inches in diameter and yellow to gold in color. All of the objects were allegedly traveling at a high rate of speed and at a high altitude without any noise. The disk shaped object referred to above which approached ‘the four hundred area’ from a northeasterly direction was reportedly traveling at such a low altitude it had to rise to pass over some tall tanks which are in ‘the four hundred area.’ The employee referred to above advised the objects were weaving from left to right but seemed to hold a general course. According to these persons because of the speed at which the objects were traveling they were only visible for a few seconds.

The above data, which was previous furnished to your office through this Bureau’s liaison representative, is being furnished for your information and any action you desire to take in this matter. No investigation is being conducted by this Bureau.

The file number written on the letter is pencil. A date in pencil is 15 May parenthesis is 25 Mar 48 which is on a large number documents which may be the date on the controlling file directive (??). (452.1 is the file number for ‘Unconventional Aircraft.’)” 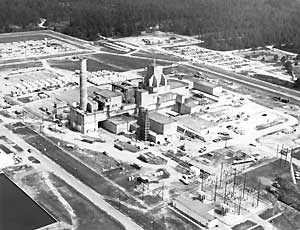