Betty Cash, Vickie Landrum and Colby Landrum, Vickie’s seven-year-old grandson, sighted a UFO over the Piney Woods, near the town of Huffman, Texas, on 29 December 1980, at around 9:00 p.m.

Twenty-three U.S. military helicopters were trying to encircle the UFO, according to the witnesses. They sighted two types of helicopters, double rotor CH-47 Chinooks and Bell-Hueys.

This Sightings episode was broadcasted in the U.S. on 31 July 1992. 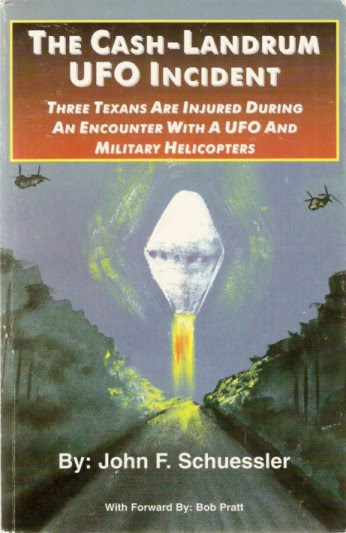 The unidentified flying object seemingly flew towards the volcano:

CRIDOVNI, the Uruguayan Air Force’s UFO research organisation, has concluded that the UFO which was photographed during the Uruguayan national football (soccer) team’s World Cup parade on 13 July 2010, is most likely a bag or a piece of paper: