UFO News Article:
“Here Are The Navy Pilot Reports From Encounters With Mysterious Aircraft
Off The East Coast”

The article’s sub-headline reads, “The reports are the first official documentation of various recent incidents with unidentified aircraft in restricted airspace along the east coast.”

The War Zone obtained eight U.S. Navy “Unclassified” and “For Official Use Only” hazard reports, according to the article.

The documents were released after The War Zone placed a Freedom of Information Act (FOIA) request with the .

F/A-18E/F Super Hornets were involved in the UFO incidents (seven hazard reports) that occurred between 2013 and the W-72 warning area off the coast of and .

EA-18G Growler airplane that occurred in the W-386
warning area (off the coast of ) (see the below link,
“vfrmap.com”).

A big kudos to The War Zone for getting these official government documents released.


Quote from the above Wikipedia article:
“The Naval Safety Center is a U.S. Navy organization.

In May 1968, the Naval Aviation Safety Center and the Submarine Safety Center, located in New London, Connecticut, merged to become the Naval Safety Center (NSC).[1] Programs involving surface ships and shore activities were added to form the nucleus for all safety programs within the Navy. In 1986, system safety was added as a program, and the position of a Marine Corps deputy commander was established to administer and represent Marine Corps safety issues.

Today, the is organized into four directorates: aviation, afloat, shore, and operational risk management/expeditionary warfare. Six departments and five special staff divisions provide support to the core operations of the command. The Naval School of Aviation Safety in , is also a NAVSAFECEN detachment consisting of civilian and military staff, which includes Marine Corps personnel. As an Echelon II command, NAVSAFECEN provides oversight of its single Echelon III command, the Naval Safety and in .

One of the NSC's subsections is Navy Occupational Safety & Health (NAVOSH). NAVOSH is responsible for safety practices within the Navy. NAVOSH provides safety assistance and advice to the CNO, CMC, and the Deputy Assistant Secretary of the Navy for Safety with the aim of enhancing the war-fighting capability of the Navy and Marine Corps, preserve resources, and improve combat readiness by preventing mishaps and saving lives.” 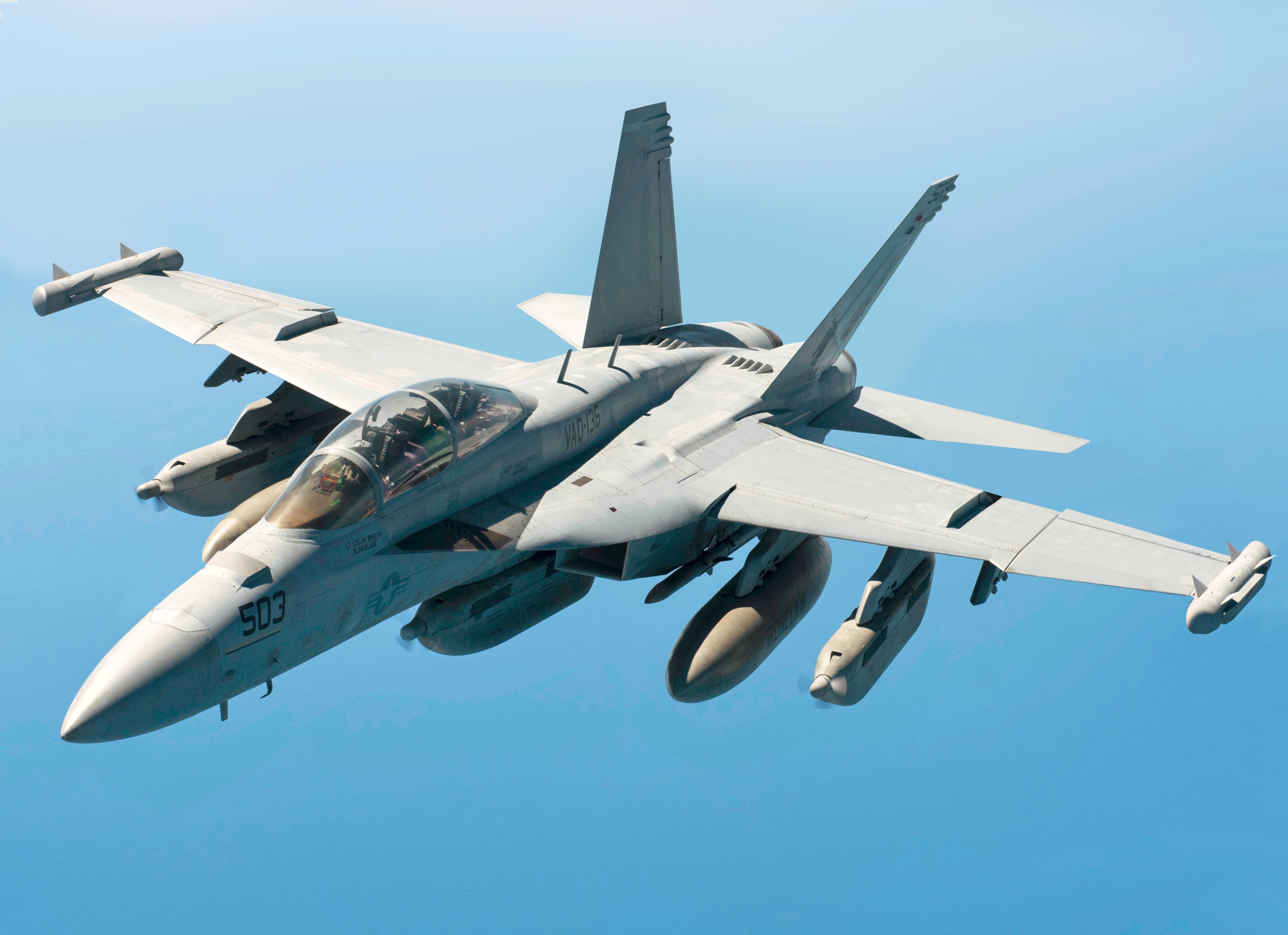 A U.S. Navy EA-18G Growler assigned to the USS Carl Vinson breaks away from a U.S. Air Force KC-135 Stratotanker from the 909th Air Refueling Squadron after conducting in-air refueling May 3, 2017, over the Western Pacific Ocean. The 909th ARS is an essential component to the mid-air refueling of a multitude of aircraft ranging from fighter jets to cargo planes from different services and nations in the region. (U.S. Air Force photo by Senior Airman John Linzmeier) (text by Wikipedia) 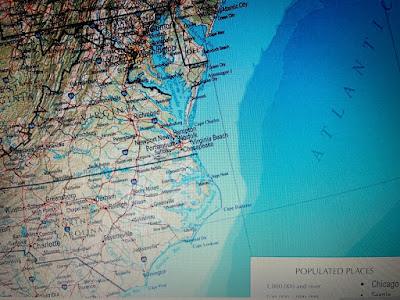 My comment:
Reverend Albert H. Baller was one of the National Investigations Committee on Aerial Phenomena’s original board members.

The whole article:
“The government’s policy in saying that flying saucers and other unidentified flying objects do not exist is ‘not wise,’ Rev. Albert H. Baller of , noted authority and lecturer, told members of the Fitchburg Lions Club last night.

Speaking at the weekly meeting af the Lions Club at the King’s Corner Restaurant at which members of the Athol Lions Club were guests, Rev. Mr. Baller told his audience that public interest in the unidentified flying objects has increased since the launching of the Sputnik I and II by the Russians.

‘I have noted a radical change in the reaction of people listening to my talk on flying saucers since the launching of the satellites,’ he stated.

Rev. Mr. Baller told his listeners, ‘if the government knows what I think it knows about flying saucers—that we are being visited from outer space—I think it should inform the public.’

He stated that evidence has shown that the flying saucers and other unidentified objects sighted throughout the world in the past decade are ‘not secret weapons of the or any other nation’ but what he termed ‘interlopers from outer space.’

In spite of its efforts to minimize reports of flying saucers, Rev. Mr. Baller stated, the [Air Force] has said that only two per cent of the reports are hoaxes and some mirages.

‘Hallucinations have been ruled out as an explanation for reported sightings of the flying saucers,’ he said, ‘because the objects have been seen several times by more than one person.’

In response to a question from the audience concerning the lack of printed reports of what trained astronomers have thought about flying saucers, Rev. Mr. Baller answered that Dr. Lincoln [LaPaz], the discoverer of the planet Pluto, ‘for one, takes it extremely serious.’

‘Several astronomers have seen these things,’ he added.

Rev. Mr. Baller told his audience that he ‘has spoken to several influential men in the Pentagon’ and especially in the [Air Force] about the phenomena of flying saucers and stated that they are ‘very much concerned.’

‘In playing down reports of sightings of unidentified flying objects, the [Air Force] is saying that its own men can’t be trusted in these things,’ he said.

‘The field of unidentified flying objects is a vital and serious field of research,’ Rev. Mr. Baller stated. ‘However, it is wide open for every crackpot in the world.’

Rev. Mr. Baller’s talk was highlighted by the showing of more than 50 colored slides on the phenomena of flying saucers including many sketches of the different sizes and shapes of saucers reported seen throughout the world.

Also included were tape-recorded interviews with three of Rev. Mr. Baller’s neighbors in who have sighted the objects over skies.

The speaker told how he became interested in the field of investigating flying saucers and other unidentified flying objects after sighting three spherical objects in the sky on Feb. 20, 1952.

‘I had been reading some books and other material on the mysterious flying objects with some scepticism, but sighting them myself gave me a tremendous push toward the investigation which I am now carrying out,’ he stated.

Rev. Mr. Baller is a member of the board of governors of the National Investigations Committee on Aerial Phenomena with headquarters at Washington, D. C., and also is a member of the Flying Saucer Research Society of London, the Australian Flying Saucer Research Society in addition to several other civilian organizations studying the phenomena of aerial objects.

A graduate of and the Boston University School of Theology, he is rector of the in .

NOTE: The planet, Pluto, was discovered by astronomer Clyde William Tombaugh in 1930, not by Dr. Lincoln LaPaz.

Maj. Donald E. Keyhoe:
July 14, 1951; White Sands,   (BBU)
On the morning of July 14, two radar operators caught a fast-moving object on their scope. At the same time a tracker watching a B-29 with binoculars saw a large UFO near the bomber. Another observer quickly lined it up with his 35-mm. camera, then shot of film. Because of the high altitude, the saucer showed only as a round, bright spot. But at least it was proof—this was no hallucination. (Keyhoe, Donald: Flying Saucers from OUTER SPACE, Page 48, VIII, McDonald list; FUFOR Index)

My comment:
This is an old UFO case that the mainstream media journalists (and other journalists) should go after with a vengeance. Especially now that the U.S. Department of Defense officially has released three UAP (UFO) videos.

The UFO film has never been released to the public, according to Francis L. Ridge, NICAP.org’s Site Coordinator.

Let us hope that some reporters start asking the U.S. Air Force about this UFO film. 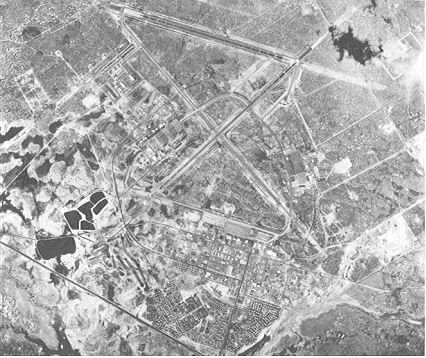 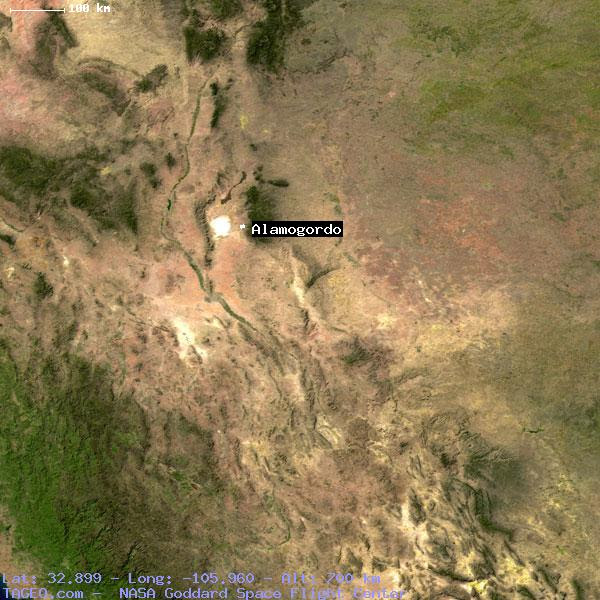