A Spanish Air Force jet fighter pilot chased a UFO that flew over Madrid, Spain at an altitude of 90,000 feet on 5 September 1968. And another jet fighter pilot also sighted the UFO. Furthermore, the UFO was tracked by several Air Force radar stations, according to the news article:

Quote from the article:
“The Spanish Air Force said yesterday an ‘unidentified flying object’ eluded one of its supersonic jet fighter-bombers as a rash of flying saucer reports spread from Latin America to Europe.

Air Force radar screens tracked the UFO and said it was flying at 90,000 feet and moving slowly.

The Madrid weather bureau said it had no lost balloons and offered the theory that the object was part of a space satellite returning to Earth.” 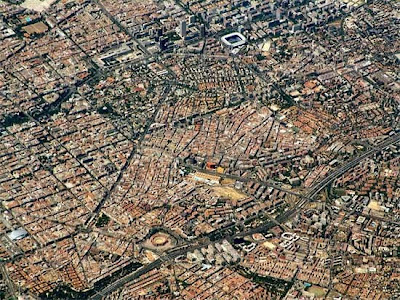 This UFO TV report by the late Kenny Young also deals with the UFO that was sighted by many Centerville, Ohio residents on
6 March 2004, at 5:30 a.m:

Many Centerville, Ohio residents sighted a UFO on 6 March 2004, at 5:30 a.m. Several of the UFO witnesses called the Centerville 911 dispatch call centre.

And many of the callers reported that the electricity supply was disrupted while the UFO was in the area.

This audio presents some of the phone conversations:

This Sightings episode reports on the UFO research of Robert L. Hastings and the UFO which was filmed by U.S. Air Force Lieutenant Dr. Robert M. Jacobs and his film crew: