Quote from the article:
“Over the past four decades, Robert Hastings has interviewed more than 150 of veterans regarding their involvement in UFO cases in or around nuclear facilities. On September 27, 2010, CNN live-streamed his UFOs and Nukes press conference in Washington D.C. during which former U.S. Air Force missileers described occasions when several ICBMs mysteriously malfunctioned moments after a disc-shaped craft was observed hovering near their underground launch silos.

The documentary is produced by the U.S. UFO-nuclear weapons researcher Robert L. Hastings.

While working as a truck driver on the Trans Alaskan Pipeline construction north of the Prospect Creek construction camp my assistant and I were on break reading by the interior light of our truck. We were about one half mile from a group of about forty workers putting support members in the ground for the pipeline. My partner pointed out a bright light on a mountain directly across from us about away. As we watched the light it appeared to ‘step’ down in four moves to the bottom of the mountain. It then came towards us accross the treeless tundra (light got larger than the moon which was visible), stopped, and went back to just a bit to the right of the original mountain site. The light did this three more times (about three seconds each trip) as if searching the tundra. As the light came closer the last time, I turned on the spotlight and directed it towards the light. It approached us coming to about a quarter mile away and slowly came closer. The light was then about three times the size of the moon. As it was getting closer we got scared, shut off the spotlight and sped off down the haul road. We could see the light at its present size accompanying us on our left side the two miles to the construction camp. We slid in to the warm-up shack and ran inside where there were about ten men on break. We all went outside to see what it was but it was gone. The next morning at breakfast it was found that many people had seen this ‘light’ and truckers coming up the haul road could see a large red light on the back of the craft. No description of the body of this craft was given because of the darkness. I was transferred to another camp a couple of days later but was told that many people were interviewed by Air Force representatives from Eilson (Eielson) AFB in Fairbanks. I have always wondered if this event was recorded anywhere as it made a firm believer out of me.” 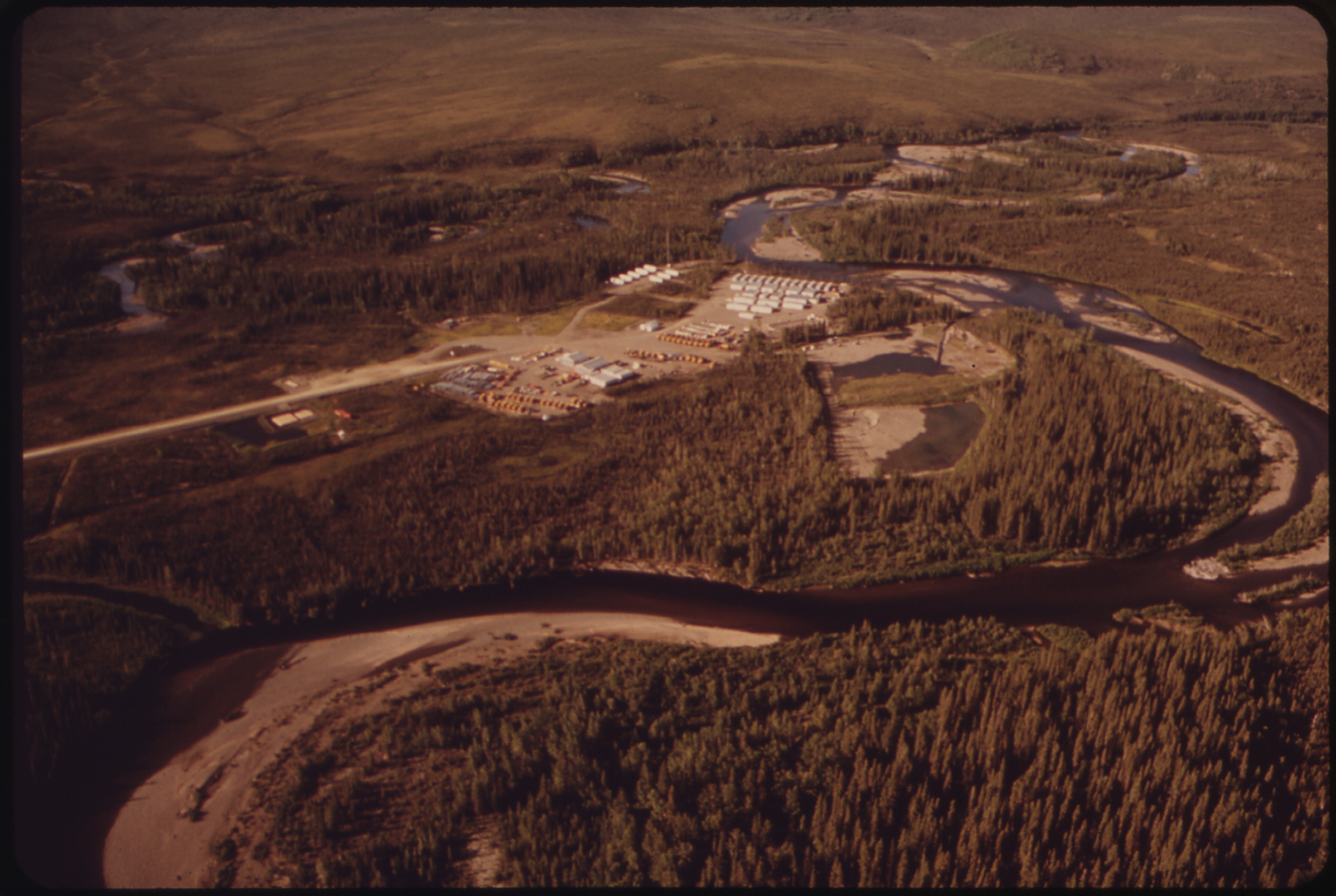