The whole UFO case report:
“Francis Ridge:
In 1998 I established the Nuclear Connection Project and this was one of over 200 incidents we discovered. It had been investigated by Robert Hastings and Dan Wilson. Many historical documents were located and some of the witnesses have been interrogated. Larry Hatch (NCP member) provided the printout:
#057 DEFENSE NUCLEAR AGENCY docm# DNA 6035F:
Castle Series Nuclear Weapons Tests. pp 64+274+341
c/o Daniel Wilson, 15 Parkview Dr., Painesville,OH  44077

In this incident an unidentified luminous object passed, low and fast, over the ship from bow to stern. The Curtiss (see photo) was not an aircraft carrier but a airplane tender ship (AV-4) refurbished for carrying components for nuclear weapons for the upcoming tests at Operation Castle, at Eniwetak Atol. There were six shots. The crews of the Bairoko, Estes, PC 1546, Phillip, and other ships at Operation Castle were caught in the heavy fallout of the runaway thermonuclear detonation of Bravo. These once secret documents prove an exposure to radiation far in excess of that allowed for other JTF 7 personnel.

‘Steamed independently in operating area BG 28-36-
‘At 1138 anchored berth N-6, Bikini; at 1948 left berth en route to Enewetak at 2305 an unidentified luminous object passed over ship from bow to stern, yellowish-orange in color, traveling at a high rate of speed and a low altitude.’

Captain Edward Ruppelt:
Some people in the Pentagon had the idea that there were beings, earthly or otherwise, who might be interested in our activities in the Pacific, as they seemed to be in Operation Mainbrace. Consequently Project Blue Book had been directed to get transportation to the test area to set up a reporting net, brief people on how to report, and analyze their reports on the spot.

Francis Ridge:
If that’s not enough, there is even more reason to believe that the U.S. Government knew that UFOs might appear at Operation Castle in the spring of 1954. One 1004-page document attests to this on pages 555 and 556. from Ref. 1 below. CIRVIS reporting and JANAP 146 are mentioned. These are also mentioned in another document on Page 59 of 65 under Paragraph 3., Simulated Combat Training, in Ref. 2 below) and includes mention of AF Letter 200-5. Copies of those regulations are on the NICAP site: AF Letter 200-5 and JANAP 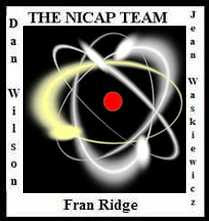