On the night of April 12 [1968], two UFOs were observed in the Washington, D.C., area by two men, one a zoologist, the other an astronomer. In a signed report to NICAP, the first witness described the objects as dull orange globes. They appeared at 11:40 p.m., he said, and moved swiftly across the sky, SSE to NNW, disappearing in about five seconds.

An earlier report, recently received, confirmed an encounter by General Paul Stehlin, a top-level pilot in the French Air Force. On an afternoon in September, 1967, General Stehlin was piloting a plane over Villacoublay, a military airfield near , when he saw a silvery cigar-shaped object flying parallel to his aircraft. The UFO paced the general’s plane for several minutes, then accelerated and rapidly went out of sight.

Several 1968 reports describe EM (electromagnetic) interference effects from nearby UFOs. One case occurred on Jan. 2 [1968], in . About 4 p.m. Tom Banks and Errol Smyth were cruising in their snowmobiles when they spotted a pulsating orange-yellow UFO just over the treetops. Its radiance, they said, was brighter than the sun. Banks reported that his snowmobile stopped and he felt an unusual heat–both effects supposedly from the UFO. The strange object quickly disappeared, after which the snowmobile functioned normally.

Shortly before midnight on Jan. 8 [1968], according to the Trenton Times, an orange-red, bowl-shaped object was sighted at Jackson, N. J. The witnesses were Mr. and Mrs. Robert LeChance and a neighbour, Mrs. Gertrude Gifford.

Just prior to spotting the object, LeChance said, the colors in his TV picture faded out. Mrs Gifford reported that her TV set ‘went out completely, and my lights dimmed. . . .It (the UFO) went down behind the tree line, then came up and went down again…until it finally disappeared.’ She told police she was badly scared by the incident.

An unusual wind effect was reported on Jan. 30 [1968] by a number of Venezuelans. The sighting was described by witnesses on the Punto Solo ranch in the Palo Seco area. A spokesman for the group, ranch-owner Prudencio Salzar, said a silvery object emitting red lights landed near a corral. As it took off, he said, it made a sound ‘and the trees around the site were shaken violently by blasts of wind.’

A disturbing UFO sound was also linked with a sighting on Feb. 19 [1968], near . The witness, Mrs. Martha Heggs, said the sound was a high-pitched whining noise which caused ‘a tingling sensation throughout her body,’ according to a report submitted by NICAP member D. F. Clausen.

Looking out her window, Mrs. Heggs saw a clearly outlined UFO. Its lower portion, she said, was like ‘two shallow plates placed lip to lip.’ It also had an ‘inverted bowl’ superstructure and a smaller, dome-like structure on top of this. An aerial-like section supporting a small sphere could be seen at the extreme top. Around the superstructure, Mrs. Heggs reported, were six or seven arch-shaped ports, and she could see what looked like riveted seams around the lower part.

The UFO was first seen circling ‘about one foot’ above a 35-foot power pole mounting a transformer. It circled the pole to the left four times, then moved out over the witness’ farmyard, descending to ‘three feet off the ground’ and hovering for about five minutes, ‘dirctly in front of three wrecked cars.’ It ascended to about and circled four storage bins. The object then moved northeast over three more bins and circled two nearby tractors and continued onward seemingly to survey two parked trucks, two elevated fuel storage tanks and an electric water pump. It then headed toward some trees, leaving the farmyard.

Mrs. Heggs reported that, during the sighting, her ‘dog was cowering, lying on the snow and trying to cover its ears with its front feet.’ Her cattle also reportedly ‘took flight when she first saw the object...,’ running into their sheds. They did not emerge until after the UFO had left the area.

Five nights later [24 February 1968], another UFO encounter took place near The details were given to NICAP in a signed report by Mr. Karl E. Will, a chemical engineer.

Mr. and Mrs. Will had just left Westhill for their home in , when they spotted a brilliant object approaching from the west.

‘It was somewhat oval in shape, with a foreshortened tail end,’ Mr. Will reported. ‘The rear of the object had a fin or antenna tipped with a red light. The underside. . .sported two red lights, one on either side and somewhat forward to the center.’

As a jet aircraft flew in the vicinity of the UFO, he added, the object’s red lights ‘seemed to dim near to extinction’ but brightened after the plane left the area.

‘In the meantime,’ Will continued, ‘I had removed the spotlight from the trunk of my auto and tried to signal the object by blinking the light. As soon as I did, the lights went out. I sighted the object no more.’

Possible physiological effects from UFOs have been reported in increasing number. One example is described in a signed NICAP report by Nicholas Sgouris of , N. Y.

At 6:15 p.m. on March 4 [1968], Sgouris was driving outside of when he saw a solid object ‘with flashing multicoloured lights’ which were steadily blinking. Its altitude was about .

‘My car started running funny,’ the witness reported. ‘I looked out the left window and saw an object approaching from the left. It passed over (the) highway in front of me….’

Sgouris said his car slowed almost to a stop after he had sighted the object and that he experienced a ‘funny feeling’ and couldn’t move until the UFO headed away.

Another sighting was reported on March 8 by three citizens. The UFO at first appeared to be ball-shaped, but as it changed position it was seen to be a large disc with a domed top.

Other logged reports, with few details: March 27 [1968], east of Anchorage, Alaska, a large, silvery, rectangular object seen by 11 witnesses; April 8 [1968], Toronto, Canada, a hovering object with a ring of orange-red lights and three white beams which lit up the area; April 12 [1968], Cape Neddick, Maine, and oval domed object with a cluster of red blinking lights and a pulsating white light in front.

Since publishing ‘The Question of Submerging UFOs,’ (Vol. IV, No. 5 ) we have received other reports of objects on or near bodies of water. One case is described by Barry A. . Nason was fishing in when a small UFO, estimated three feet in diameter, hit the water about away.

‘It was traveling in a spinning fashion,’ Nason said. ‘It sprayed water seven or eight feet high. . . and made a terrible, loud sound.’ Nason crouched, fearing the UFO might come his way. The object then left the water and went into a clump of bushes, making ‘an awful commotion.’ It then flew back over the lake and submerged at one edge. Nason said he saw a big cloud of steam and heard a gurgling sound. For some time afterward, he stated, the water was covered with small waves.

A second 1967 Canadian case, investigated by NICAP member D. F. Clausen, involved a close approach to a school bus. The report was made by Mrs. Evelyn Brown, the driver. On June 1, 1967, Mrs. Brown was headed toward , when she glimpsed a strange object over her left shoulder. She stopped the bus and the UFO also stopped, hovering for several seconds. It was a round device, with a ‘dull aluminum’ appearance. Above the main body she said, was a superstructure with portholes and atop this was a ‘glass-like’ dome.

After 15 seconds, the UFO lifted, passed over the bus, then hovered again, to the right of the vehicle, finally moving to a position ‘dead ahead.’

Vélizy-Villacoublay Air Base, near
(Photo: Google) 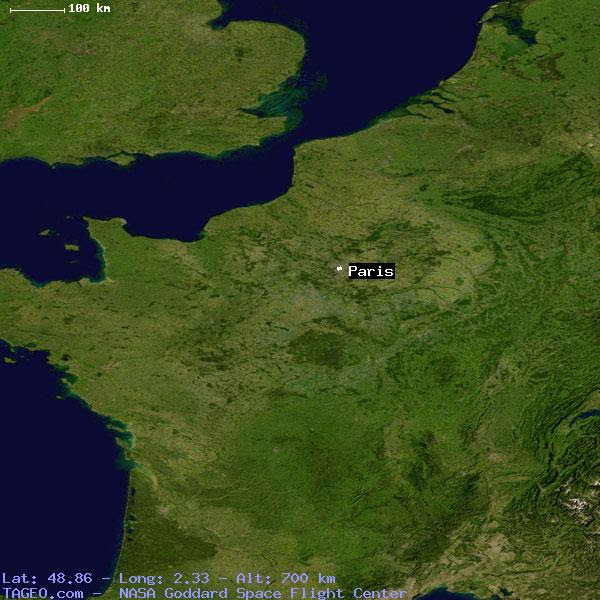 UK Government UFO Magazine Article:
“Something in the [sky?] –
The ‘Flying Saucer’ mystery deepens as
sightings over Britain reach a new peak”