Quote from the article:
“This encounter occurred in 1971, while aboard the aircraft carrier, USS John F. Kennedy CVA-67 (now CV-67) in the Bermuda Triangle. I was assigned to the communications department of the Kennedy and had been in this section about a year. The ship was returning to , after completing a two week operational readiness exercise () in the . We were to stand down for 30 days, after arriving in , , to allow the crew to take leave and visit family before deploying to the for six months.

I was on duty in the communications center. My task was to monitor eight teletypes printing the ‘Fleet Broadcasts’.

It was in the evening, about 20:30 (8:30 PM) and the ship had just completed an eighteen hour ‘Flight Ops’. I had just taken a message off one of the broadcasts and turned around to file it on a clip board. When I turned back to the teletypes the primaries were typing garbage. I looked down to the alternates which were doing the same. I walked a few feet to the intercom between us and the Facilities Control. I called them and informed them of the broadcasts being out. A voice replied that all communications were out. I then turned and looked in the direction of the NAVCOMMOPNET and saw that the operator was having a problem. I then heard the Task Group operator tell the watch officer that his circuit was out also. In the far corner of the compartment was the pneumatic tubes going to the Signal bridge (where the flashing light and signal flag messages are sent/receive). There is an intercom there to communicate with the and over this intercom we heard someone yelling ‘There is something hovering over the ship!’ A moment later we heard another voice yelling. ‘IT IS GOD! IT’S THE END OF THE WORLD!’.

As we looked up, we saw a large, glowing sphere. Well it seemed large, however, there was no point of reference. That is to say, if the sphere were low; say above the ship, then it would have been about two to three hundred feet in diameter. If it were say about the ship then it would have been larger. It made no sound that I could hear. The light coming from it wasn’t too bright, about half of what the sun would be. It sort of pulsated a little and was yellow to orange.

We didn’t get to looked at it for more than about 20 seconds because General Quarters ( stations) was sounding and the Communication Officer was in the passageway telling us to get back into the . We returned and stayed there (that was out battle station).

Over the next few hours, I talked to a good friend that was in CIC (combat information center) who was a radar operator. He told me that all the radar screens were just glowing during the time of the incident. I also talked to a guy I knew that worked on the . He told me that none of the compasses were working and that the medics had to sedate a boatswains mate that was a lookout on the signal bridge. I figured this was the one yelling it was God.

I heard from the scuttlebut (slang - rumor mill) that three or four ‘men in trench coats’ had landed, and were interviewing the personnel that had seen this phenomena. I was never interviewed, maybe because no one knew that I had seen it.”

My comment:
The UFO case report was originally submitted to UFO Casebook (https://ufocasebook.com/).

Quote from the Wikipedia article:
“USS John F. Kennedy (CV-67) (formerly CVA-67) is the only ship of her class (a variant of the class of aircraft carrier) and the last conventionally powered carrier built for the United States Navy.[5]

After nearly 40 years of service in the United States Navy, John F. Kennedy was officially decommissioned on 1 August 2007. She is berthed at the NAVSEA Inactive Ships On-site Maintenance facility in Philadelphia and, until late 2017, was available for donation as a museum and memorial to a qualified organization.[1][7] In late 2017, the Navy revoked her ‘donation hold’ status and designated her for dismantling.[4] The name has been adopted by the future Gerald R. Ford-class aircraft carrier John F. Kennedy (CVN-79).” 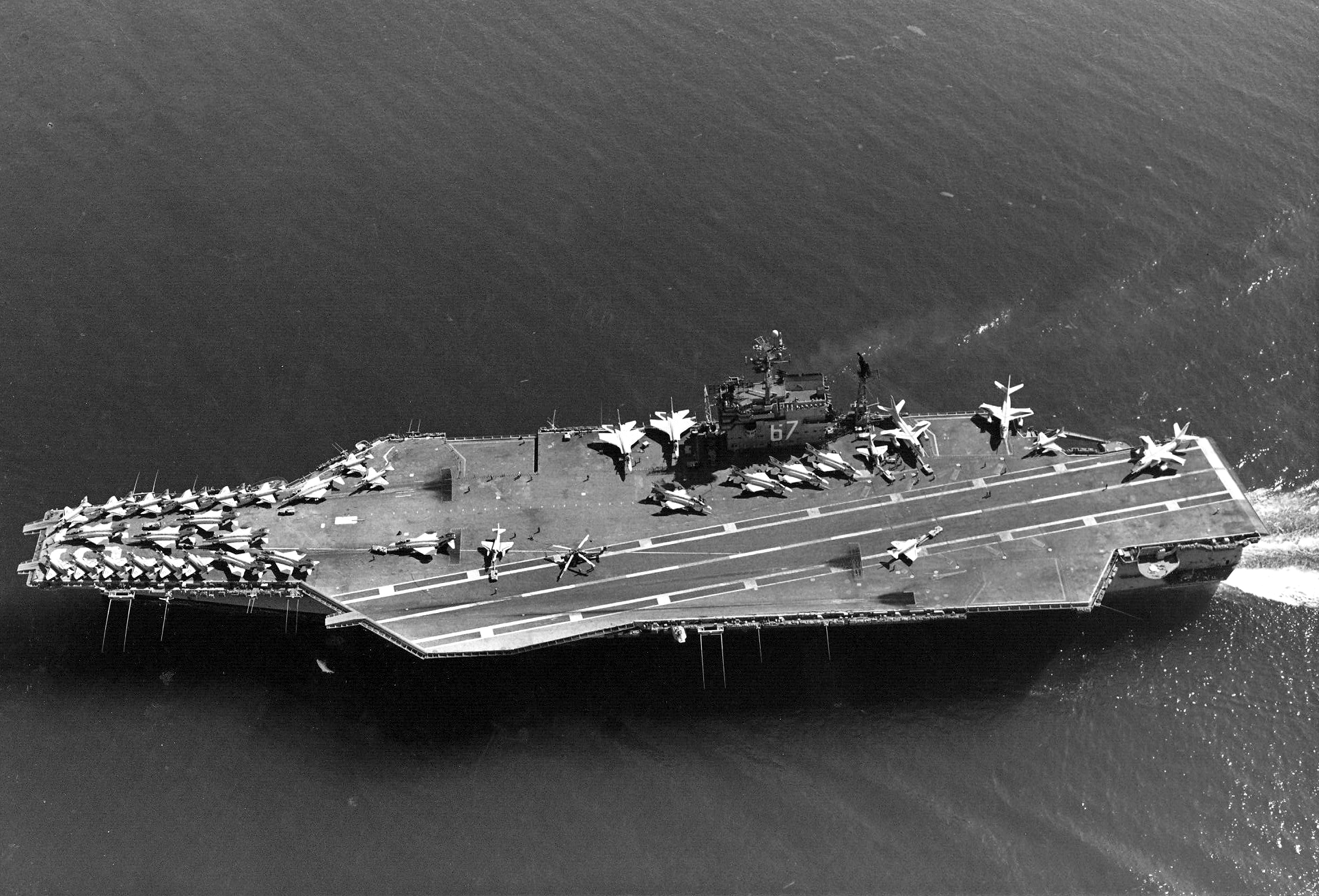 UFO News Article:
“Are UFOs a threat? We need to investigate,
says former head of secret US program”

Luis Elizondo ran the Advanced Aerospace Threat Identification Program (AATIP) from 2010 (according to Elizondo’s own words in the following video: youtube.com). AATIP ran from 2007 to 2012. After 2012, he oversaw UFO work for five more years before resigning from the U.S. Department of Defense in October 2017. Elizondo is now the Director of Government Programs & Services for the To The Stars Academy of Arts & Science. 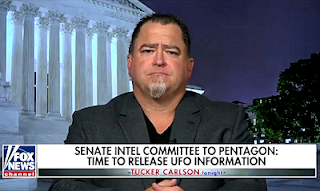 UFO News Article (Blog):
“Another hat in the ring”

Quote from the article:
“He can’t remember the exact date it happened. It was sometime between the death of his first wife in 1992 and his remarriage in 1996. He suspects 1994, maybe ’95. He was living in . He was in the back yard of his condo, well before the March 13, 1997, ‘Phoenix Lights’ incident set switchboards ablaze and made national headlines. It was late summertime, maybe. August? 9 p.m.? Dusk, anyway. He was taking a cigar break.

It wasn’t an airplane, or at least, not like anything Rider had seen before. What he saw were extremely bright lights, 10, 15, maybe 20, arrayed in an absolutely silent, rigid, V-shaped formation; from his angle, they appeared to be lining the underbelly of a flying machine whose other details were indiscernible. The lights reminded him of halogen lamps.

Rider guesses the thing was two to three miles away and, judging from the spread of the lights, maybe twice or three times the size of a Boeing 747. As it began to bank left, to the northeast, it was flying so low – , maybe – that ‘no pilot in his right mind is going to maneuver a plane that big that far away from an airport,’ Rider recalls. ’s airport was a good off.”