The whole article:
“ ‘Flying Saucers’ reported by a Nowra Fleet Air Arm pilot are being investigated by Naval Headquarters in .

The pilot, Lieutenant O’Farrell, saw two objects which he took to be ‘flying saucers’ when flying at night over Goulburn, N.S.W., on a return trip to Nowra.

He told authorities at Nowra, naval air station and base for the Fleet Air Arm, that he saw what appeared to be the lights of two aircraft when flying at about an hour.

He said a ‘saucer’ flew on each side of him, circled his plane, and then drew rapidly away.

At his request the Nowra radar crew fixed his position and reported back that the screen showed an echo of another object moving along his Sea Fury.

This is the first known case in which unidentified objects in the sky have been confirmed by radar.

Authorities ascertained there were no other military aircraft in the vicinity at the time.

The Minister for the Navy, Mr. Francis, confirmed tonight that a pilot from Nowra air station had recently observed two lights on his radar ‘with vague shapes underneath.’

Mr. Francis was commenting on reports today that a pilot from Nowra some months ago had reported seeing two lighted objects flying close to his plane and at a faster speed than his aircraft.

The objects have been described as ‘Flying Saucers’ because their identity is unknown.

Mr. Francis in his statement said, ‘It is a fact that on a night cross country flight from the R.A.N. station, Nowra, on August 3 (1954), a pilot in his aircraft at observed two lights on his radar with vague shapes underneath.

‘The lights passed ahead of him at a very fast speed. He was at the time flying at 220 knots. The pilot contacted Nowra and advised them.

‘It was later ascertained that the only other aircraft in the vicinity was a T.A.A. Convair.’

Mr. Francis added that the pilot, was in the vicinity of Goulburn when he made his observation.

No further report of the pilot’s discovery had been received yet from R.A.A.F. headquarters.

Dr. S. C. B. Gascoigne, of the Commonwealth observatory, , commenting on Mr. Francis’ statement tonight, said it was highly unlikely and almost impossible that the objects could have been meteorites.

This was because the objects as reported were too low in the sky and had apparently persisted for too long.

Unless the objects were much higher than reported or were due to a ‘meteorological refraction,’ which also was unlikely, their identification was baffling.

The report of the pilot ‘just about ruled out meteorites or hallucinations.’ ” 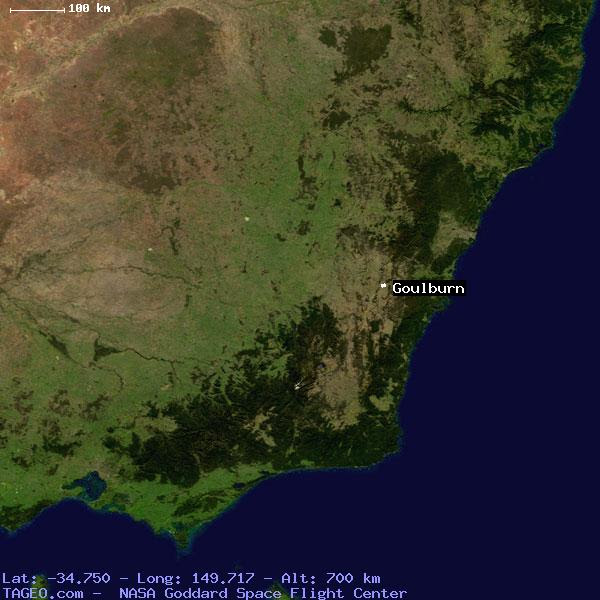