Billy Cox reports on the UFO documentary film, “The Phenomenon.” The film is directed by James Fox.

“Bottom line, ‘The Phenomenon’ is a call to action. Fox puts an urgent human face on the current momentum towards transparency, and he leaves us with a small window into the price we pay for doing nothing. Someday, if and when the veil parts, we may regret having peeked. But the consequences of being shielded from the view are self-evident. And time is running out.”

Quote from the document:

When observer first noticed objects, his first impression was that they were extra large pieces of cardboard or wrapping [paper] tumbling about in an oversize ‘dust devil’. Observer continued to watch them, however, seemed to indicate that the objects [were] held aloft by a force other than aircurrents. They reacted in a manner indicating motive power on their own. All three [objects] acted independently and highly erratically. For example, one object would move up while another would move down and the [third] sideways. Object was observed through monocular (6X23).” 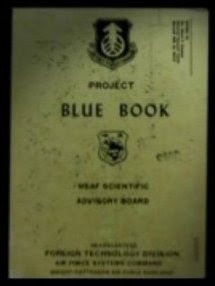 2:00 p.m. PST.  Maj. Russell J. Gardinier observed three pancake-shaped objects approximately 20 to 30 feet across constantly quivering and oscillating in the air. The objects were capable of abrupt changes of direction and speed, yet also could hang motionless in the air. The objects were a metallic bronze color. No sound was heard from the objects. Mrs. Gardinier and Mrs. Lowell Allen, observed the third object as it climbed and disappeared toward Fairchild AFB. The objects first appeared from the NW until they were abreast of the NW corner of Spokane, orbiting there for approximately five minutes then they headed SW towards Fairchild AFB. At 10:00 p.m. Capt. and Mrs. Fortney while driving on Highway 2 near Fairchild AFB, observed a bluish white light approaching their car at a high rate of speed. The light passed over the car and proceeded on a SW course overflying the hangers areas and runways of FAFB.”