Quote from the UFO report:
“This is currently a 5-page chronology of UFO incidents and events for 1985. Our thanks for these chronologies must go to Richard Hall (the original 1985 chronology from UFOE II), Dan Wilson (archive researcher), and Jean Waskiewicz (online NICAP DBase [NSID]. You will note the many foreign reports that we are now being able to access. Our special thanks to Dan Wilson for getting those to us. As more come in, this page will be updated. Previous chronologies (1947 to 1969) involved the expertise of two other team members: William Wise (Project Blue Book Archive) and Brad Sparks (Comprehensive Catalog of Project Blue Book Unknowns). Bob Gribble's entries are those filed with the in , now operated by Peter Davenport.

June 11, 1985; ,
10:40 PM. A Chinese Civil Aviation Administration Boeing 747 encountered a UFO on the Peking to flight that almost forced the captain to make an emergency landing. 933 was over , the capital of , at 2240 hours when Captain Wang Shuting and his crew first observed the object. The UFO flew across the path of the airliner at its altitude of at a very high speed. The object illuminated an area of twenty-five to thirty square miles and was huge, with an apparent diameter of six miles. It was elliptical in shape and had an extremely bright spot in the center, with three horizontal rows of bluish-white lights on the perimeter. The sighting lasted for two minutes. (Source: Timothy Good, Above Top Secret, pg. 212).” 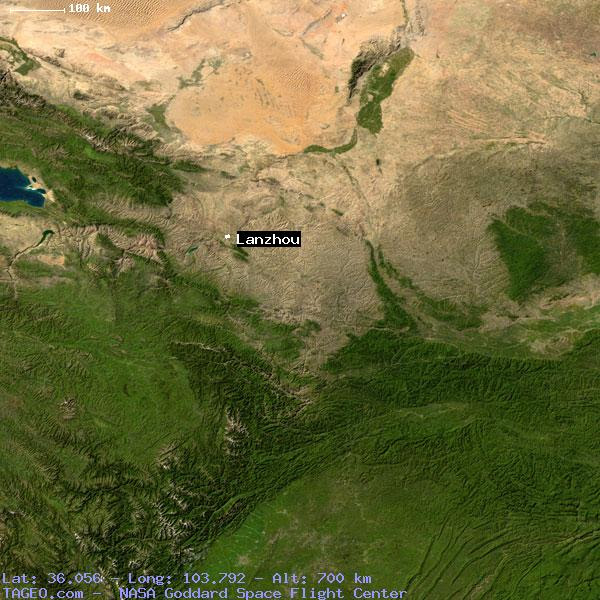 Quote from the UFO report:
“This is currently a 5-page chronology of UFO incidents and events for 1985. Our thanks for these chronologies must go to Richard Hall (the original 1985 chronology from UFOE II), Dan Wilson (archive researcher), and Jean Waskiewicz (online NICAP DBase [NSID]. You will note the many foreign reports that we are now being able to access. Our special thanks to Dan Wilson for getting those to us. As more come in, this page will be updated. Previous chronologies (1947 to 1969) involved the expertise of two other team members: William Wise (Project Blue Book Archive) and Brad Sparks (Comprehensive Catalog of Project Blue Book Unknowns). Bob Gribble‘s entries are those filed with the National UFO Reporting Center in Seattle, Washington, now operated by Peter Davenport.
NICAP Site Coordinator”

April 1984; Stanmore,
PC Richard Milthorp was one of at least 20 uniformed officers who observed a dome shaped circular UFO that appeared to ‘fire’ balls of light to the ground for two hours. He submitted a report with one other officer that was sent to the Ministry of Defence and the Civil Aviation Authority. The Superintendent for Harrow Police station at the time said that the report by MILTHORP and PC PAUL ISLES was made by ‘two normal sensible men.’ UFO Classification NL (Nocturnal Light) On Duty sighting. 20 Officers. Source - Page 251, The UFO Encyclopaedia by John Spencer, Headline Book Publishing 1991

April 18, 1984; Lakenheath
A rectangular UFO hovered only above the side of a road near the RAF Lakenheath Air Base in . It had red, green and white lights, and was silent. (Source: International UFO Reporter, March 1986, p. 5).

April 19, 1984; at an eastern airport in
16.00 GMT. Air traffic controllers at an eastern airport in witnessed a glowing sphere that looked like ‘masses of silver paper crinkled up’ touch down on a cross runway, then rocket skyward in a maneuver they judged impossible for aircraft. It climbed in under a second. (Source: International UFO Reporter, March-April 1986, p. 5).

April 24, 1984;
7:10 PM. Radar visual confirmation. A long cigar-shaped object followed a KC-135 USAF tanker aircraft through a U-turn over the mountains of while separate nocturnal lights cavorted about in the sky. Radar blips were tracked at the time. (Source: MUFON UFO Journal, November 1984).

May 5, 1984; Over & in Space
At 1400 hours GMT a ultra-sensitive orbiting US DSP (Defense Support Program) spy satellite detected the entry of an unknown object that passes in front of it, and then flew below it over the . An alert was triggered at the North America Air Defense Command. Object moving at per hour, changed course, and flew back out into outer space. (Source: Michael D. Hall, UFOs: A Century of Sightings, p. 324).

July 24, 1984;
10:20 PM. A videotape was made by a Mr. [, according to the book, Night Siege] of a ring of lights in the dark sky over , in the , suggesting a dark circular, ellipsoid, or disc-shaped object. Analysis of the videotape was done by Dr. Lew Allen of the Jet Propulsion Laboratory. (Sources: J. Allen Hynek & Philip J. Imbrogno, Night Seige: The Hudson Valley UFO Sightings, p. 128; Philip J. Imbrogno, Contact of the 5th Kind, p. 2).”

on 24 July 1984 (possibly the same UFO which hovered over the , according to the book, “Night Siege: The Hudson Valley UFO Sightings”)
(realtvufos.blogspot.com)
(daejasview.files.wordpress.com image)
Lagt inn av Blogger kl. 19:53

The whole article:
“Is it normal for a 10-year-old girl to grow 5½ inches and gain in a single month?

Mrs. Max Stull, 1409 Wilmoore SE, said today that her 10-year-old daughter, Sharon, has done just that during the past month.

Mrs. Stull said she is worried because her daughter’s growth began just one month after the girl suffered eye burns while gazing at a strange, egg-shaped object in the sky here on April 28 [1964].

was treated at at the time for eye and facial burns. The child said at the time that her eyes began to burn after she spent five or 10 minutes watching the UFO from the grounds.

Mrs. Stull said today that her daughter has recovered from the eye burns, although she still must wear dark glasses in the sunlight and can only read a few paragraphs in a book before her eyes begin to smart again.

Mrs. Stull said that her daughter’s personality and habits have changed during her recent and sudden growth.

‘A month ago she was just a child who liked to play with dolls and paper dolls,’ Mrs. Stull said. ‘Now she is suddenly mature and grown-up, cooks meals for herself, cleans house and takes care of the younger children.’

Mrs. Stull said that , at the time she saw the strange object in the sky, was 4-feet, 8-inches tall and weighed about .

Today, she said, her daughter is 5-feet, 1½ inches tall and weighs — and is still growing fast.

Mrs. Stull said that has outgrown all her clothes and quickly outgrows new clothing and shoes.

‘I’m so confused I don’t know what to believe,’ Mrs. Stull said.

Sharon, who will be October, say quietly in her home as reporters interviewed her mother. Asked how she felt, the child replied, ‘I just feel funny.’

Mrs. Stull said that a scientist from , whom she identified as C. E. Lorenzo, visited and talked with over the weekend.

She said that a physician has offered to examine and treat the child free of charge if the family can get her to this summer. She said she and her husband are not financially able to take the child to .

Mrs. Stull said her daughter has never been checked for possible radiation burns.

‘I know she [definitely] saw something in the sky that day, but I don’t know what,’ she said. ‘It has been a nightmare ever since — I wish I had let her play hooky that day.’ ”

My comment:
According to Wikipedia, the address of is:
1700 Sunshine Terrace S, . 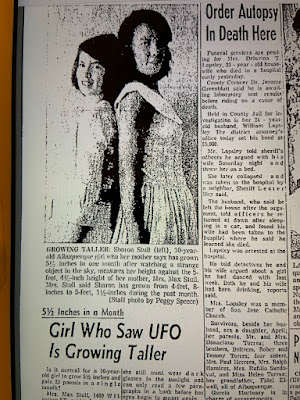 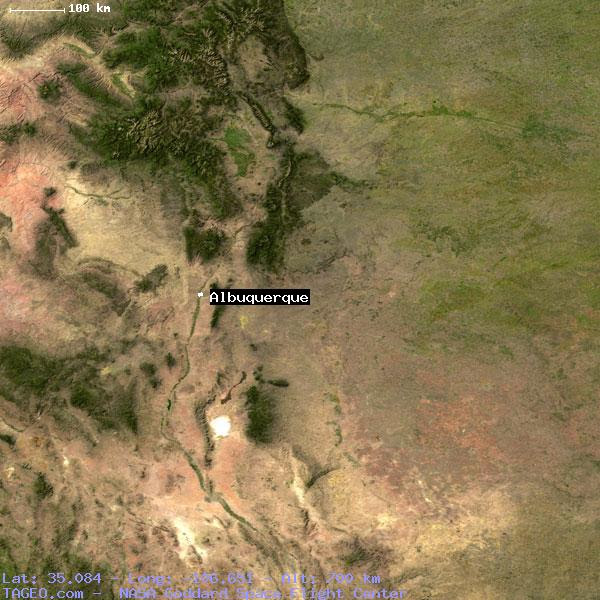