Lori Nyland, 233 Warfield St., Venice, told the Herald-Tribune she saw lights in the sky on three occasions late Saturday night between 9:30 and 11:30 p.m.

Kathy Shane, 232 S. Grove St., Venice, reported seeing fast moving lights in a V-formation in the pre-dawn darkness at .m. She described the sightings as, ‘A flock of geese all lit up.’

The sightings both occurred in the industrial section of Venice near U.S. 41 and Venice Farms Road.

Nyland told the Herald -Tribune she did not believe in UFOs before she saw a single oval-shaped white light moving up and down a few inches above the trees on U.S. 41.

‘Then it just disappeared.’

She said she again saw the light when she was approaching her apartment. The second sighting was similar to the first, but a third sighting consisted of five lights in a V-formation moving across the sky and then zig-zagging just above the nearby tree tops.

Before this weekend’s sightings the most recent area UFO sighting was in June when DeSoto County residents reported seeing an orange, yellow and red UFO in the farmlands near Arcadia.’ ” 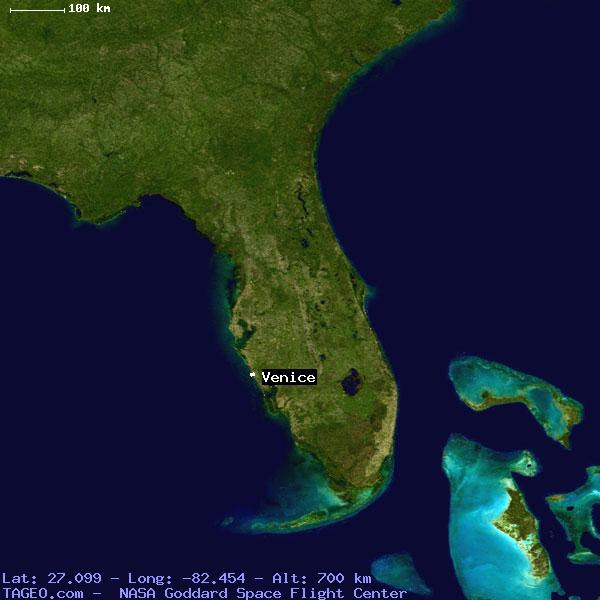