The video was first shown on the WJBK Fox 2 News (Detroit, Michigan) broadcast.

The video has no sound.

Ronald Reagan alluded to a threat from Space aliens in 5 of his speeches.

Ronald Reagan’s speech at the Fallston High School in Fallston, Maryland on 4 December 1985: 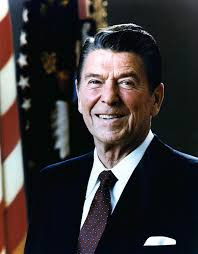