This Sightings episode focuses on the many UFO sightings that have occurred over the aircraft carrier USS Franklin D. Roosevelt throughout the years:

The TV report includes a UFO photograph that was taken by a newspaper reporter. 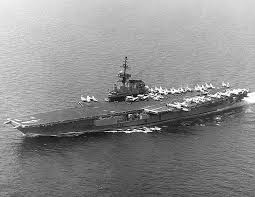