Quote from the article (Page 1):
“On the evening of October 23rd, 1980, one of the most well-witnessed UFO sightings in history took place in the little mining town of , . Located on US 666, it is about northeast of , , which is on Interstate southeastern . Morenci is a typical copper mining town and the site of two huge copper smelters which are owned and operated by Phelps-Dodge Corporation.

APRO’s investigator on this case was Jim McCoy who did in-depth interviews with five of the witnesses. There were a host of other witnesses and hopefully they can be interviewed at a later date. However, inasmuch as the five men observed the object at relatively close range, their testimony is central to the facts in the case.

When the vehicle was brought to a stop and the men looked up, they were amazed to see a boomerang-shaped object approaching the north smoke stack of the smelter area at a very low speed which they later told Mr. McCoy that they estimated to be about five miles per hour. When it arrived at a position directly over the north stack, it stopped and hovered for a minute or so, then came straight down vertically to an estimated altitude of about 700 to , not far above the stack. After a brief period of time a brillant light erupted from the forward apex of the boomerang configuration and shone directly down into the interior of the north smelter stack. The witnesses described this light as brighter than a search light or that of an arc welder.

APRO was alerted concerning the Morenci sighting on January 10 by Mr. Samuel Player, the editor of the Eastern Arizona Courier of Safford, , and some of the above information was carried in the press. In addition to the five smelter workers, who were ‘almost’ under the object, Greenlee County Sheriff Ralph Gomez, several Morenci businessmen among others, witnessed the passage of the huge object. One hundred (100) members of the band and the director were among the host of individuals who watched.

There are indications that this object was witnessed on at least one and possibly more occasions and the Bulletin will follow up on this case if further details come to hand.” 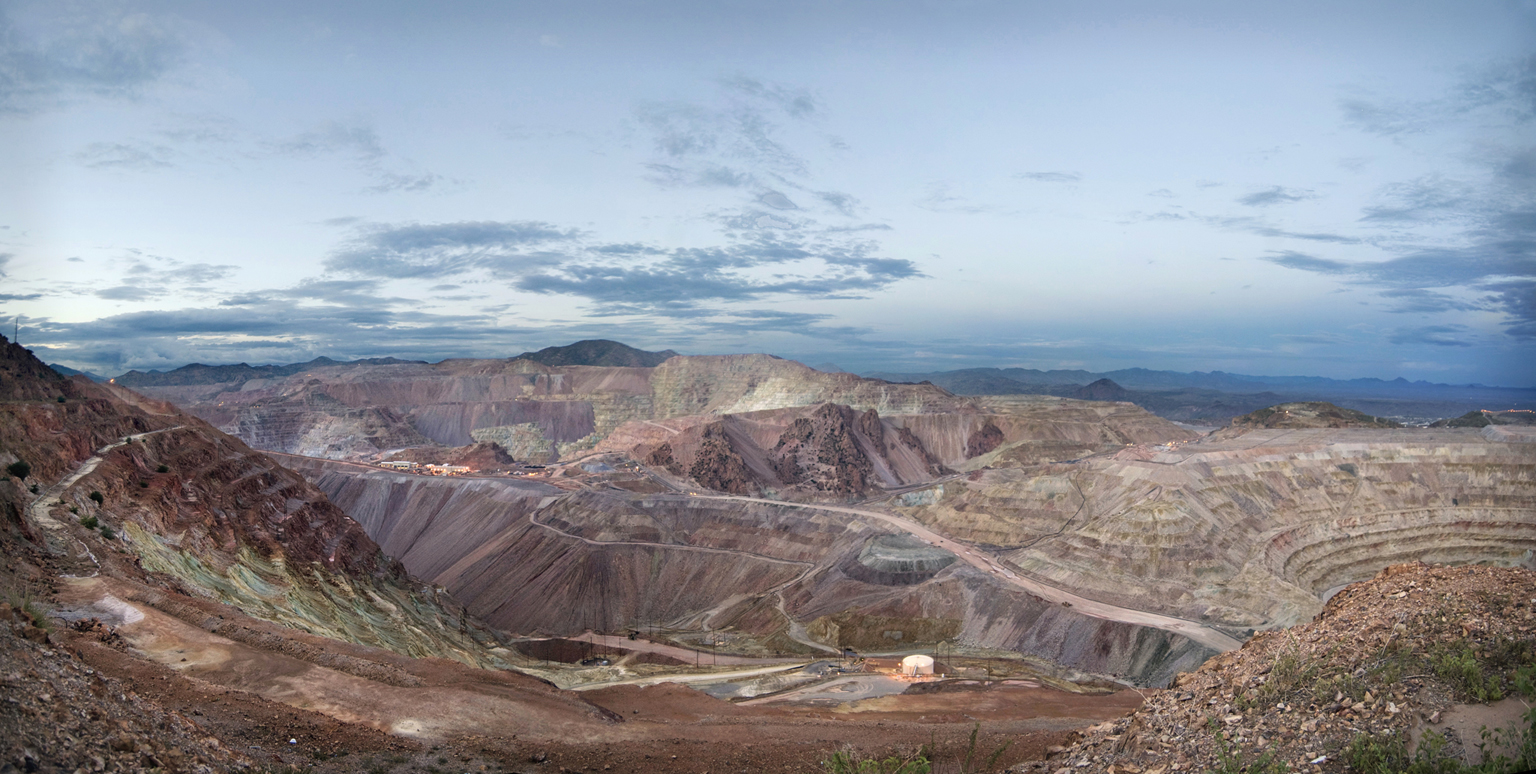 One of the active pits at the Morenci Mine. The horizontal shelves are the mining benches. The fan-like slopes are leached material, dumped into mined-out portions of the pit. (text by Wikipedia) (wikimedia.org) (wikimedia.org photo) 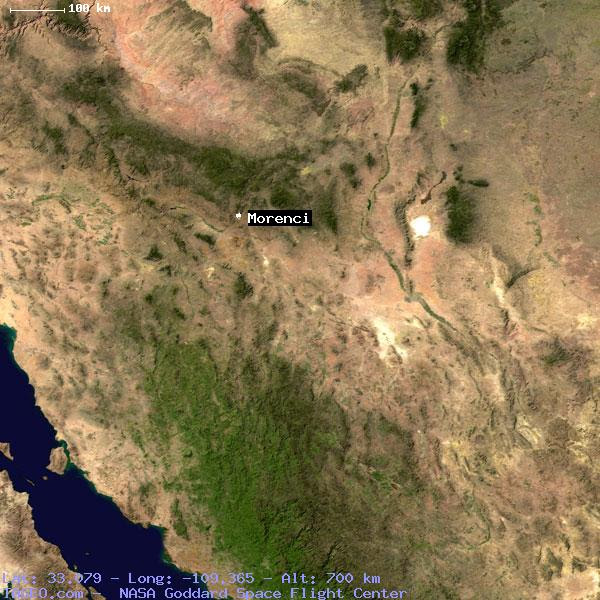 Quote from the UFO case report:
“A high school band was holding practice in the evening at a playing field between and . They sighted a string of lights shaped in a triangular pattern hovering above them. It would move and stop, then move and stop again. At 8:55 p.m. in a crew of maintenance workers at a copper smelting plant saw a UFO with 12 red lights and a big searchlight on the front.

A V-shaped object was observed.

One black V-shaped object, about across, was observed by five witnesses at a smelter for several hours (Nevarez; Rogers). No sound was heard.”

This is a solid UFO case – reported on by Richard F. Haines, Richard H. Hall, Larry Hatch and Willy Smith, among others.