Today, November 12, 2017 is a 10-Year Anniversary of that event. For that purpose I am releasing an interview from my archives that I did with James Fox back in March

The UFO conference was filmed by a government agency, according to the video text.

The Conference was organised by filmmaker James Fox and investigative journalist Leslie Kean of the Coalition for Freedom of Information.

The radio show is hosted by journalist and UFO researcher Giuliano Marinkovic, a former electronic warfare SIGINT specialist of the Croatian Army. 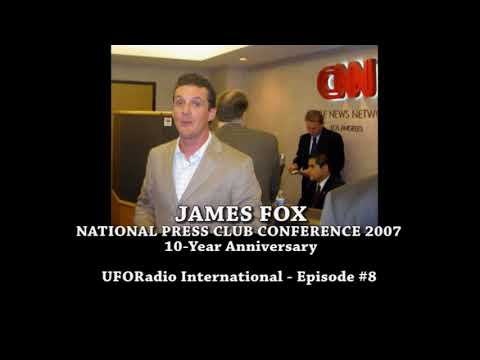