Quote from the article:
“These are the facts:

Beginning shortly after midnight [20 July 1952], and continuing until dawn, eight experienced CAA radar operators and technicians, manning the air route traffic control center in [hangar] No. 6 at , tracked from seven to ten unidentifiable and mysterious objects performing strange gyrations in the skies in a 30-mile radius above .

Harry G. Barnes, who has been with CAA for nine years, mostly in radar work, was in charge of the group. After making sure that the objects were not known aircraft and that the radar was operating perfectly, he checked his findings with the radar operators in the control tower. They instantly confirmed what he saw, and continued to do so. The two radars are complete separate units.

Later the radar at nearby Andrews Air Force [Base] also confirmed the sightings.

When the center radar showed one of the unidentified objects in a low position in the northwest sky, the operators in the tower were able to see it. One of them, Howard Cocklin, who has been with CAA for five years, describes it:

‘It was a good-sized light, yellow to orange in color. At first it looked like a great big star. Then it began to move in a manner which made you realize it couldn’t be a star. There was no unusual high speed about its movements and at times it seemed to hover. We could see it moving around like that for about 15 minutes. It just disappeared into the northwest sky.’

There are no windows in the center Barnes was operating. None of the eight men could leave to go outside to try to check their own radar sightings visually.

As is normal at that time air traffic was very light. But at the first opportunity an operator in Barnes’ office contacted Capital Airlines pilot Capt. S. C. Pierman shortly after he took off and asked him to look for the objects.

For about 14 minutes, Pierman was in direct, two-way communication with Barnes. While he was within radar range, Pierman was able to see six objects which showed up on the path indicated by the center’s radar. Pierman’s sightings reported to Barnes coincided exactly with the radar sightings, Barnes reports.

Pierman is a 17-year veteran of commercial flying and is described by Capital Airlines officials as very level-headed and ‘taciturn.’ After he landed in Detroit Pierman had this to say about the sightings:

‘In my years of flying I’ve seen a lot of falling or shooting stars—whatever you call them—but these were much faster than anything like that I’ve ever seen. They were moving too fast for that. They were about the same size as the brighter stars. And they were much higher than our 6000-foot altitude. I couldn’t estimate the speed accurately. Please remember I didn’t speak of them as flying saucers—only very fast moving lights.’

Charles Wheaton, first officer on the flight with Pierman, a veteran of 12 years of flying confirms Pierman’s sightings and adds:

‘Before the other night, I always discounted alleged flying saucers as atmospheric phenomenon. But now I feel I have actually seen some active strange objects which defy explanation.’

Another Capital Airlines pilot also reported seeing a light off his wing, which showed up in that position on the radar scope. Other pilots in the air that night, Barnes reveals, appeared to be reluctant to discuss the subject with him on the radio.”

In the post, “UFO Report (In Book Chapter)” (7 May 2020)
(see below link), I wrote the following:
The book, The UFO Evidence (by the National Investigations Committee on Aerial Phenomena (NICAP)) (1964), contains an excellent report (Page 76) on the radar UFO evidence/cases.

Paragraphs 2, 3 and 4, under “RADAR: THEORY & FACT,” show that the Civil Aeronautics Administration (CAA) was involved in outright deception regarding the 1952 , UFO incidents.

The CAA concluded (see below link) that the , UFO incidents were “ground returns caused by reflection phenomena closely connected with the temperature inversions in the lower atmosphere.”

The aviation agency only took into account the August 14/15 and August 15/16 UFO incidents. These incidents lacked visual UFO sightings and the speeds that were recorded were extremely slow (around 24- per hour) and were likely radar “angels.”

Contrast that to the July sightings – which involved unknown objects which were tracked flying at high speeds and on top of that were observed visually by pilots exactly at the place where radar indicated the objects to be. 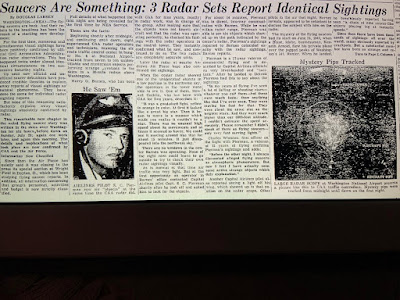 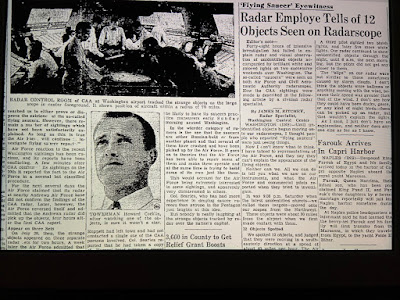 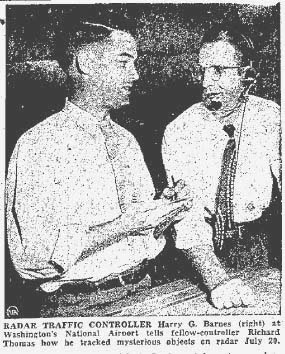 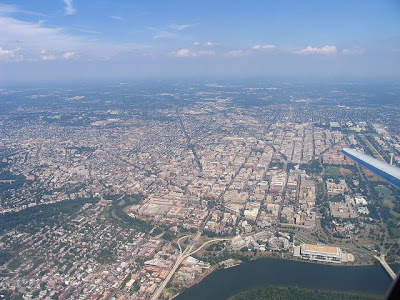 
Quote from the documentary film segment:
“Hidden away in an underground archive, are row upon row of files few have seen – the life’s work of history’s greatest UFO hunter.”