ABC News reports on an Iranian UFO flap that occurred in late April 2004: 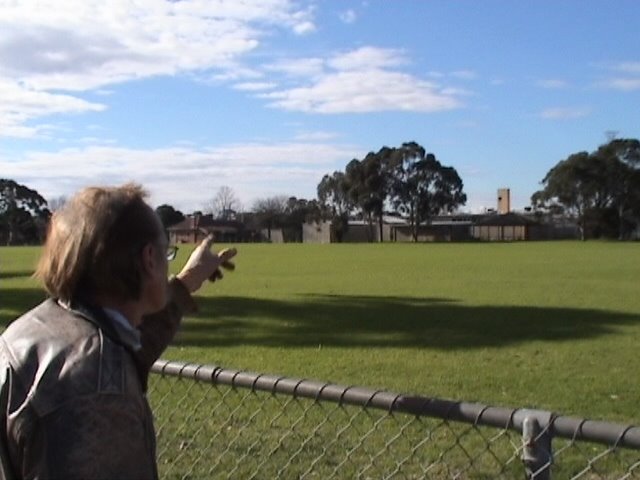 One of the Westall UFO witnesses points to the spot where the UFO landed (Bill Chalker photo)
Lagt inn av Blogger kl. 16:34

A truck driver travelling north of Narrabri, New South Wales, Australia sighted a UFO in November 2002, according to ABC News:

A disk shaped UFO was sighted over Banggol Cicar village,
Kedah state, Malaysia by several witnesses in December 2003,
according to the article:

A UFO was also sighted over the village in 2001.