Quote from the UFO report:
“The 30th Air Division, active from 1949 until 1968, was originally based at Selfridge Air Force Base, .  The station then moved to (later Willow Run Air Force Station), , on 7 April, 1952, before transferring to .  The Division was finally declared inactive at , on 18 September, 1968.

Assigned to the Air Defense Command (ADC) for most of its existence, the 30th’s initial mission was the equipping, administering, training, and provisioning of operationally ready forces to the appropriate commanders for the air defense of upper Great Lakes area of the . Their Area of Operation included maintaining air defenses above the closely guarded AEC nuclear facilities at the plant, . 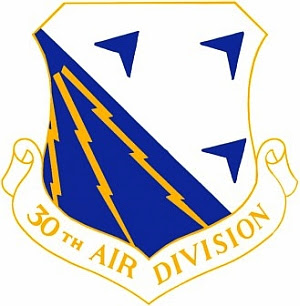