The Russian Navy ran a special UFO research group. This group’s UFO files, which date back to Soviet times, reveal that many crews on board Navy submarine and surface ships have had close encounters with possible UFOs. Deputy Navy Commander Admiral Nikolay Smirnov was the head of the UFO research group. 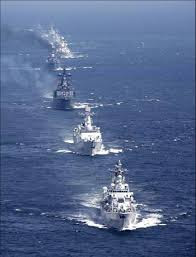