The whole article:
“ ‘It all happened so fast that I don’t know whether I can give you the answers you want or not,’ was the way that James Stokes, , opened an interview this morning relative to the unidentified flying object he saw yesterday afternoon near Orogrande. ‘The whole experience is weird, and very frankly I was scared to death, but I’ll tell you what I can,’ he said.

Stokes reported that while driving on Highway 54 about south of Orogrande yesterday afternoon [4 November 1957], at 1:10, he noticed that his car radio began to fade out, and then the engine of his car slowed, and finally quit.

‘I thought it very strange, but did notice that other cars had pulled off, so I did, too, and the motor of my car quit entirely. I got out of the car and noticed another fellow pointing toward the sky, so I had a good look myself. There it was. Coming in from the northeast was the object. It swooped on toward Orogrande and headed out north. It disappeared quickly. We watched skyward, and it came in once more on the same path, and headed out north once more. We watched it until it disappeared, and that is all there is to it.

‘The object was rather egg-shaped, the color of an egg or perhaps ‘mother of pearl’ color, it was definitely a solid, material thing, but there was no noise, no smoke nor vapor trail.’

Stokes, a veteran of 24 years with the U. S. Navy and now retired from Naval service, is employed on a classified experimental project at Holloman. He said that he had lived in and had been employed at AFMDC for the past 18 months, and that this is the first time he had ever had such an experience.

‘Judging from the distance the object covered and the extremely short time it took to cover it, I’d judge that it must have been traveling at a rate of Mach 1 or Mach he said. ‘Again I must point out that these are purely guesses, and that I was scared, that time was so short, but there were people from six other cars watching the same thing. The object appeared to be about 1,500 to in altitude. I made this guess based on the heights of the cloud formations that were floating overhead, and that the object flew into now and then. It must have been about 300 to long and was of material—would have been something like 100- in thickness. There were no windows, or observation platforms visible on the object,’ he continued.

Stokes was reported to have been ‘sunburned’ by the object. He said that he felt the rising of temperature and that his face was ‘slightly burned.’ However the burns were not serious and were not painful today. Outside of the heat from the object, Stokes said there was no pain from the burns.

He also pointed out again that there was no noise from the object. ‘When it changed directions it didn’t turn, nor bank. It just went the other way,’ he said. ‘We were able to view it only about two or three minutes at the most,’ Stokes continued.

Stokes made notes on what he had seen, and even made a diagram of its location in relation to the mountains to the east and Highway 54. He said he talked with a Mr. Duncan of , who took pictures on a 35 [millimeter] camera. He also talked with an Allan Baker from White Sands Proving Ground, whose auto had also been stalled by the appearance of the object.

‘I couldn’t give any opinion as to what it was. I just don’t know. First thought that came to mind was that it was St. Elmo’s fire, but I had seen that before and never in so large a form as this. I am convinced that its color was egg-white, that no other colors were visible, and that it was a very fast-flying object,’ he said.”

My comment:
This is an electromagnetic (EM) interference (stalled cars and radio signal interference)/medical incident (sunburn) UFO case.
, , is located () to the south of Holloman Air Force Base and . 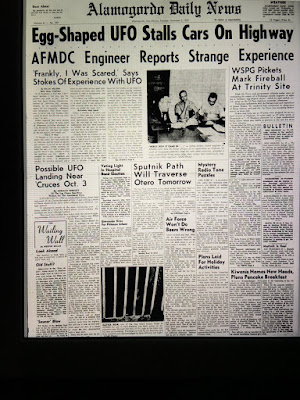 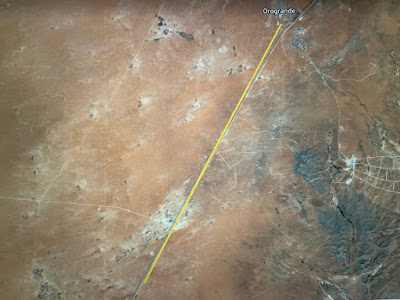 The yellow line indicates where James Stokes saw the UFO,
() to the south of
(Google photo) 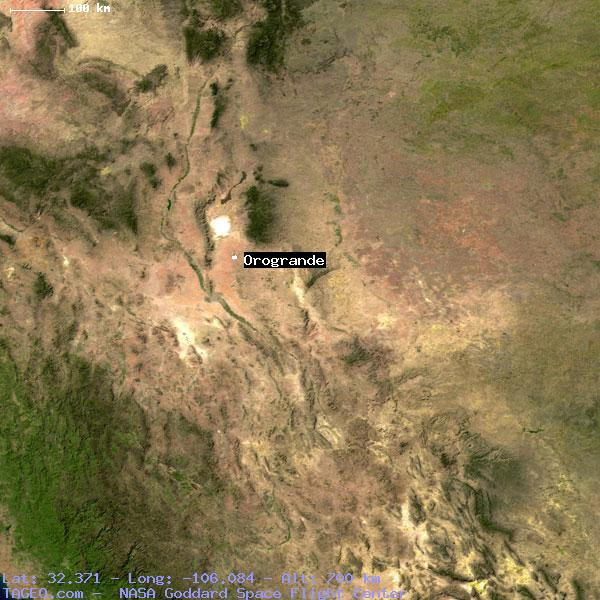 Video text:
“Guest Dr. Kevin Randle and host discuss UFO cases as, as well as his latest book: The Best of Project Blue Book, and so much more.
Click here to help support the show: https://www.patreon.com/join/2959947

Kevin D. Randle is a retired Army lieutenant colonel who served in as a helicopter pilot and Aircraft Commander, accumulating more than 1100 hours of combat flight time. In 2003 he deployed to as an intelligence officer. He served on active duty with the Army and later the Air Force. He was a member of the Iowa National Guard on his deployment into the . He retired from the military with more than 22 years of service in 2009.

His interest in UFOs began as a teenager when he investigated a sighting while living in . His big question then was if the object had been sharply defined or had a been a ball of misshapen light. From that point on he has investigated hundreds of sightings around the country including nearly three decades researching the events in . He now hosts A Different Perspective, the No. 2 rated radio show/pod cast on the X-Zone Broadcast Network. Among his latest books are in the 21st Century, Encounter in the Desert about the Socorro landing and the recently published The Best of Project Blue Book. His next book, UFOs: The Deep Start and AFOSI will be out in the fall. His blog can be found at www.kevinrandle.blogspot.com.” 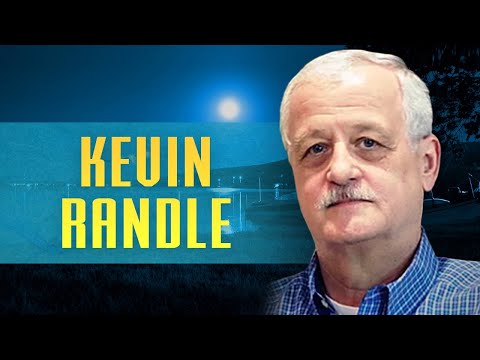 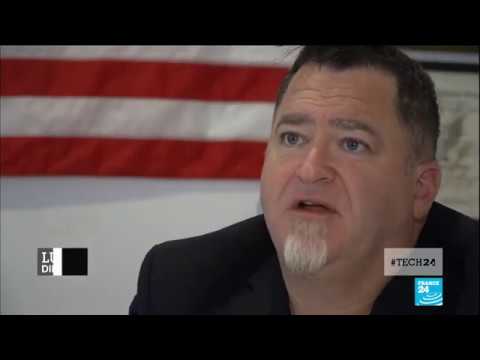