Quote from the website:
“An event with historical implications will be held at the National Press Club in from April 29 to May 3, 2013.  At that time as many as forty researchers and military/agency witnesses will testify for thirty hours over five days before former members of the United States Congress.”

The Citizen Hearing Foundation is formed by Paradigm Research Group and Just Cause Entertainment.

Jacques Patenet is the National Director of MUFON France: 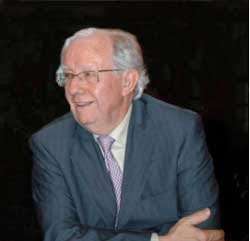