Fravor was flying his F/A-18F Super Hornet jet fighter when the incident occurred.

Fravor also mentions  two 1990s USO incidents (occurred off ) that involved the Navy. The discussion about the O incidents starts at 14:57 (Part 2).

Quote from the video text:
“Trevor was an E4 (Petty Officer Third Class) Naval Operations Specialist, providing command technical information and assistance related to Anti-Surface and Anti-Air Warfare. And as a radar operator, he was direct witness to one of the most current and well documented UFO encounters in modern history.

The 2004 Nimitz ‘Tic Tac’ UFO encounters became the tip of the spear in the public debate on UFOs. Commander David Fravor, a fighter pilot with the Black Aces, came forward with his experiences and testimony. There were a number of individuals during the events, who were aware of what was unfolding… Trevor is one of them. More and more witnesses are coming forward to date.

For those of you who remember, the Tic Tac UFO case is one that I reported on, on Coast to Coast AM with George Knapp, both in May and October of 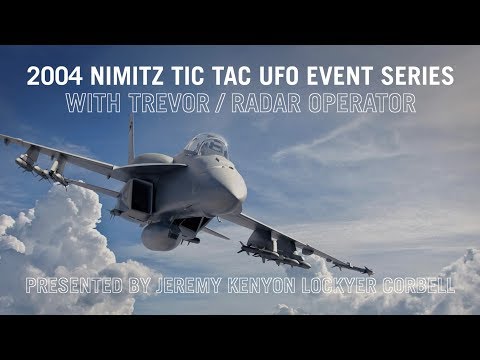