Text by Google Books:
“Authors Lawrence Fawcett and Barry J. Greenwood reveal in this fascinating, thought-provoking book, based on the government’s own research and internal files, what they have learned about: UFO’s as a threat to national security. UFO sightings at military bases in the , North Africa, and the . The cover-up role of the FBI and the CIA. The presidents, legislators, astronauts, military leaders, and international scientific authorities who are on record as in favor of renewed investigation of UFO’s.” 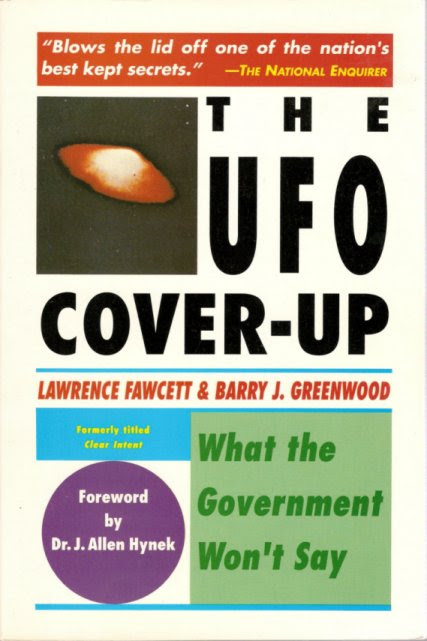