Background: This case was reported to me by Erica Lukes who is the director of MUFON for the state of Utah. She knows a radio show host (Pat Daniels) who was scanning communications between aircraft and the FAA shortly after midnight on January 14, 2016. He heard a conversation between an airline pilot and Air Route Traffic Control.

A Freedom of Information (FOIA) request was written to the Federal Aviation Administration (FAA). About six weeks later we received a response to the FOIA. The response consisted of radar returns, voice tapes and tower logs. The FAA is to be commended for their full and timely response to our request.

Research showed that the aircraft was American Airlines Flight Number 434 which was enroute from San Francisco, CA to Philadelphia, PA. The actual sighting time was between 12:12 and 12:13 AM MST on January 14, 2016. We were able to find segments of the conversation on the Air Traffic Control archives website, but much of conversation was deleted. One could hear the controller telling the pilot that Nephi, Utah was off to his right and the pilot acknowledging the transmission. However, the UFO report was not on the tape. The ham radio operator did not record the conversation so the ‘UFO report’ could not be heard. He heard the conversation on the frequency of 127.95 mhz.

Update: March 4, 2016. The voice tape obtained from the FAA (see above) does fill in some of the transmission missing from the tape from the Air Traffic Control archives website. The only thing not included from the original transmission was the estimated size of the object and the and the conversation where the FAA said that the object was not detected on radar. The airline crew described the object as a large orange square.

An animation was constructed for each revolution of the radar (12 seconds). The radar animation frames are speeded up to one second/revolution in the animation. (Animation follows voice tape above.) The animation shows 1 to 3 returns for each revolution of the radar. There are a few rotations where no returns are detected. This is strange. There is no detected conventional movement and the returns vary from 0 to 3 over the 7 minute period. The time period is from 12:08 to 12:15 AM MST which is a few minutes before and after the pilot reported the strange object. One wonders if the object was moving erratically and perhaps was rotating exposing more or less radar cross sectional area resulting in no detection or a different number of returns? The object could have been large considering this type of ‘radar signature?’

A visual trace of the FAA tape is shown in Figure 1. Pat Daniels (ham radio operator) stated in a radio interview that the aircraft radioed the FAA and inquired whether radar showed anything in the area of their sighting. This conversation was around a minute before the conversation where the FAA told the crew that the town to the right was Nephi, Utah. There was some conversation in this time frame. (See annotation in Figure 1.) However, the conversation has been deleted and only a second or two not ‘redacted.’ The question is why did the FAA redact this conversation? According to Pat Daniels the crew did not announce their flight number when they first sighted the object. So perhaps the FAA didn’t include it for that reason. Or perhaps they did not want the public to hear the conversation? In the recorded conversation starting just after 12:12 AM the crew was talking about their sighting and the FAA responded ‘you mean to the right.’ How did they know that? They knew because they had it on radar.” UFO News Article (Blog):
“They do it for our own good”

FAA radar pinpointed an object or objects above Interstate 15, according to Cox. 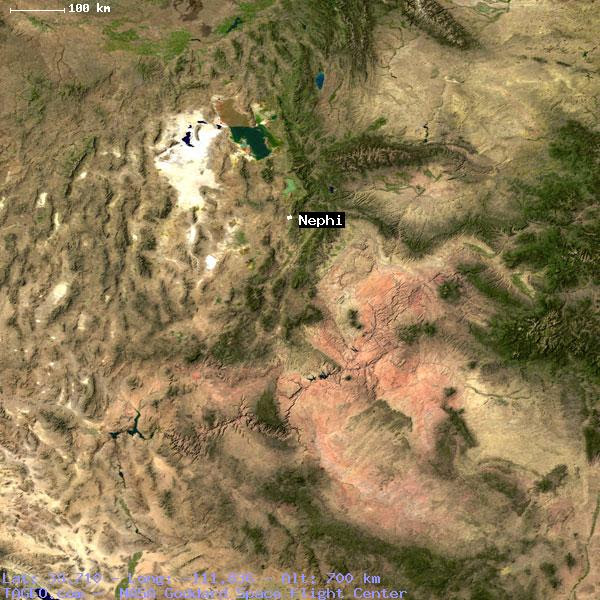