Quote from the article:
“Witness accounts and radar images of fast-moving lights over Lake Michigan are being examined by UFO investigators.

Leo Grenier, who is in charge of the National Weather Service office in Muskegon, said radar data turned up a fast-moving phenomenon over Lake Michigan off South Haven late Monday night and that he notified the National UFO Reporting Center.

‘(Witnesses) were talking about red and green sets of lights to the south, oscillating,’ Grenier said. ‘The lights did some rather erratic movements at times.’

Grenier said a weather service radar operator ‘did pick up echoes in the approximate location of the sighting and moving in the same manner as described by those seeing it on the ground.’

He said radar showed the object, about in altitude, zipped from South Haven to about off shore in 10 seconds.

Tower personnel at Muskegon County Airport saw what appeared to be aircraft flying in formation. Among the witnesses was a Holland police officer. 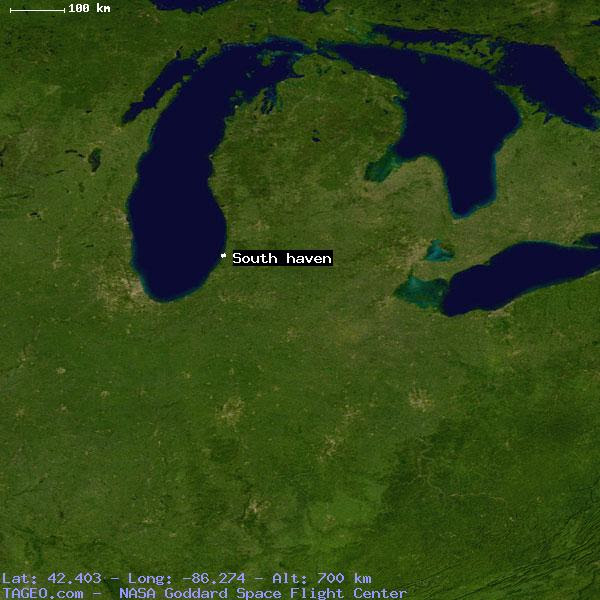 Quote from the article:
“Darrell and Holly Graves of Holland would like to know more about that huge round aircraft with the white and red lights they saw hovering over a neighbor’s home last week.

UFO researchers are descending on southwestern Michigan this week as reports continue to filter in from dozens of people who say they saw something unusual in the night sky March 8 from Grand Rapids to the Lake Michigan shoreline between Muskegon and South Haven.

‘It is, right now, the hottest case we have in the country,’ said Walter Andrus, director of the Texas-based international Mutual UFO Network.

What makes the case so unusual, Andrus says, is that the sightings seem to coincide with unexplained radar trackings from the National Weather Service office in Muskegon.”

The website is run by William Puckett, a former National Weather Service meteorologist.