The article reports on the 2-3 November 1957 Levelland, Texas, UFO incidents.

“... the dust explanation fails,” according to Kevin D. Randle.

“Protocol for UFOs? That’s exactly what Defense Minister Taro Kono ordered the Self-Defense Forces to follow Monday as he issued standing orders for dealing with unidentified aerial objects that could pose a threat to Japan’s security.

While the Defense Ministry says there have been no known cases of the SDF encountering UFOs, the latest move comes after the U.S. Defense Department established a special Unidentified Aerial Phenomena Task Force last month in order ‘to improve its understanding of, and gain insight into, the nature and origins’ of the objects and other phenomena.”

Japan Air Self-Defense Force pilots have never witnessed a UFO, according to then Japan Defense Minister Taro Kono. This statement is not correct.

On 15 October 2010, I reported about the following article:

A New Book by a Retired Lieutenant General” 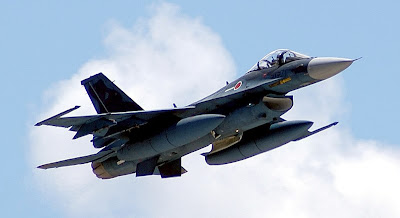 The Mitsubishi F-2 support fighter is the primary