In this time period the UFO phenomenon was getting quite a bit of play in the press, radio, TV and from miscellaneous other sources. All manner of objects and things were being seen in the sky by people, including attempted UFO landings and UFO hoverings over isolated areas. There was even a report of seeing little men with big round heads getting in and out of a UFO. Well, the President, like any other citizen, is exposed to all these goings on, too.

In any case, I was called one afternoon to come to the Oval Office--the President wanted to see me. We talked about UFO reports and what might be the meaning for all these rather way-out reports of sightings, and the subject in general. The president said he hadn't give much serious thought to all these reports; but at the same time, he said, if there was any evidence of a strategic threat to the national security, the collection and evaluation of UFO data by Central Intelligence warranted more intense study and attention at the highest government level.

I was directed to report quarterly to the President after consulting with Central Intelligence people, as to whether or not any UFO incidents received by them could be considered as having any strategic threatening implications at all.

The report was to be made orally by me unless it was considered by intelligence to be so serious or alarming as to warrant a more detailed report in writing. During the four and one-half years in office there, all reports were made orally. Nothing of substance considered credible or threatening to the country was ever received from intelligence. Note: the Air Force had been charged by the Department of Defense with the collection and evaluation of UFO data from all sources such as the other services, the National Weather Service, and any other reliable source.” 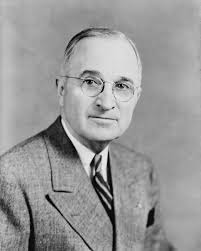 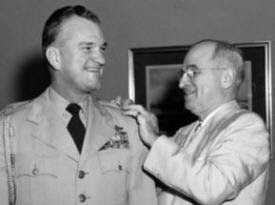