The whole article:
“The nerve center of the nation’s air defense admits today to being involved in the flying saucer situation.
Headquarters of the Air Force Air Defense Command [Air Defense Command, later Aerospace Defense Command] located at Ent Air Force Base here, reported that has been a flurry of reports of saucers and other unidentified objects for the past two weeks.
And so seriously are the reports viewed that fast interceptor planes are kept on the ready to jet aloft to find out what goes on — if possible.
‘We’ve really been scrambling,’ a spokesman said. ‘These planes are kept loaded and ready to go and their pilots are never more than a few feet away. They're in the air within seconds of a report that seems definite enough.’
The thing is not geared up just for saucers though. The system is the same as that worked out to meet any enemy attack.
Furthermore, the ADC isn’t saying what might have been found. The results of the scrambles aren’t for it to announce. Findings are turned over to technical experts at Wright-Patterson Air Force Base, , O.
The ADC, which commands and coordinates the three regional Air defense commands in , and , did say that its radar equipment has been picking up a lot of unexplained blips.” 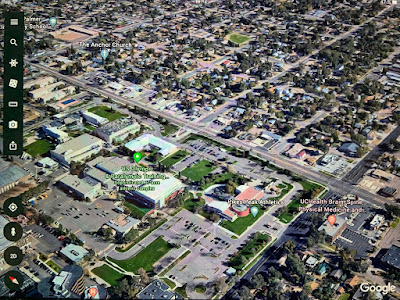 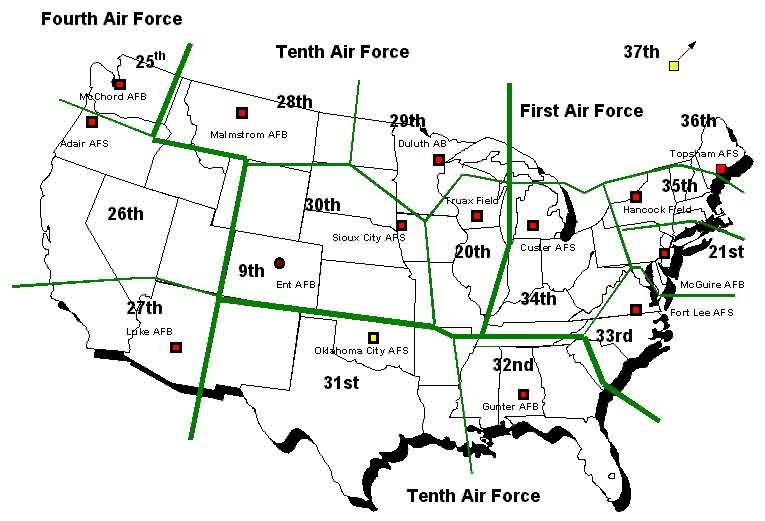 The whole document (not written in U.S. Department of Defense document format):
“1. Forwarded herewith are the accounts of the observations of two (2) USAF officers, Capt Edward E. Dougher and Lt [Josephine] J. Stong, of unidentified flying objects over , at approximately 1930 hours Zebra on 21 July 1952. The preparing officer interviewed both persons and obtained the information appearing in Part II of this report.

2. Captain Dougher, a pilot not presently on flying status, and Lt Stong, a WAF, are considered by the preparing officer to be absolutely reliable. Inasmuch as their observations were very similar and were made from two completely different locations in at the same time and in the same area, it can be safely assumed that they both observed the same demonstration.

3. The information in Part II is presented in accordance with the requirements in Air Force Letter 200-5.

4. This information will be of interest to the , Wright-Patterson Air Force Base, , ATTENTION: ATIAA-20.

In accordance with paragraphs 7c and 7d of Air Force Letter 200-5 the following information is submitted:

1. No object as such was sighted. ‘Object’ was a bright yellowish-whit light of indefinite size. Four (4) were seen in a NNW direction from , and they appeared to be travelling from NNW to SSE and climbing. Suddenly they burst apart, two (2) climbing until they went behind the branches of some trees under which Captain Dougher was standing, and the other two (2) levelling off and going in two opposite directions, generally East and West. The one going East went behind a small hill in about one (1) minute, whereas the other remained in sight for about fifteen (15) minutes, or enough time for Captain Dougher to drive home (about ), park his car, go into his apartment, and out on his porch where he and his wife watched the light, now getting very dim, disappear behind some small hills to the East. Capt Dougher believes that the light was several miles away. No sounds were heard and there were no other unusual features. Flight appeared to be straight and level after the initial ‘burst’ of the four (4) lights.

3. Observation was visual from the ground.

4. Captain Dougher was in downtown and the initial ‘burst’ appeared NNW of this location. The lights appeared to be several miles away at an unknown altitude, but about 15° to the horizontal.

5. Captain Dougher is a pilot, not currently on flying status. He is considered to be very reliable.

6. The weather at the time of observation was clear, no clouds reported, and visibility more than fifteen (15) miles. Winds aloft were:

7. No meteorological activity has been reported for this period.

8. No photographs were taken.

9. No interception was accomplished.

10. USAF C-47 type aircraft were flying in the local area at the time of observation, but Capt Dougher was certain that this was no aircraft.

1. Lt Stong also reported that she saw no object as such, but that she saw two ‘reddish’ colored light going in opposite directions, approximately East and West. When first sighted they were close together, but in about two (2) minutes the one going East disappeared behind a building. The light going West, however, continued in the same general direction for about ten (10) minutes, finally nose-diving over and disappearing into the clouds. Lt Stong would not give an estimate of the speed, because she had no idea of the distance of the light. She did say that from her observation point the light travelled about 45° in five (5) minutes. Nothing unusual was noted concerning the flight characteristics, and no noise was heard. Lt Stong did say that shortly after observing this light she observed a C- the same general direction. Comparing relative sizes she said the light appeared to her to be about four (4) times the length of the fuselage of the C-47.

3. The observation was visual from the ground.

4. Lt Stong was located in downtown , and the lights were first seen in a NNW direction from her position. Altitude and distance are unknown, although Lt Stong did estimate the objects to be about 30° to the horizontal.

5. Lt Stong is a WAF officer with no flying experience to speak of. She is considered to be very reliable.

Lt Stong was about one (1) mile closer to the initial ‘burst’ of lights than was Captain Dougher. Lt Stong’s position was almost exactly between Captain Dougher’s original position and the direction in which the burst was observed. 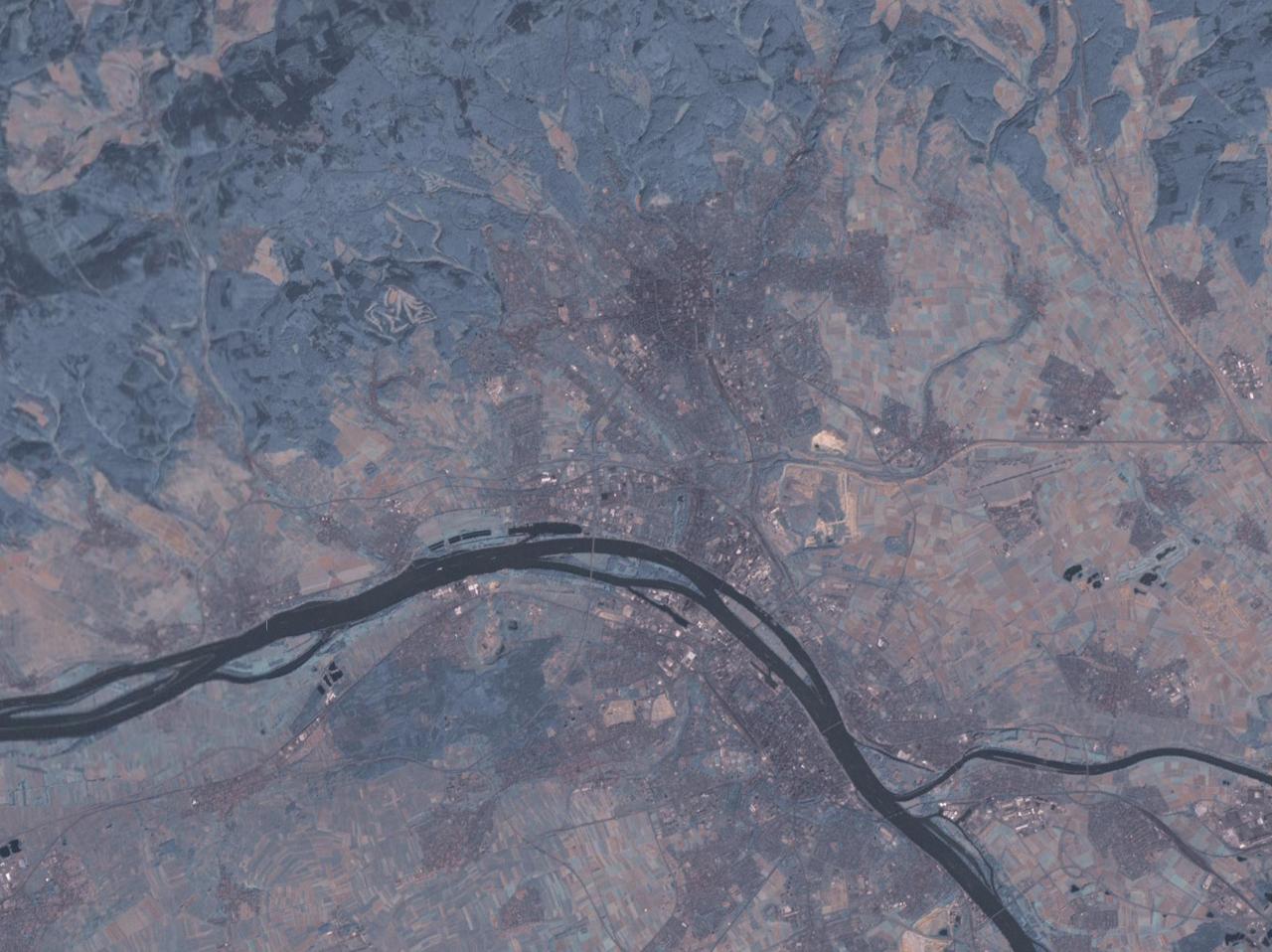 Satellite view of (north of the Rhine) and

The whole UFO case report:
“Fran Ridge:
This is apparently #10 of Major Dewey Fournet’s ‘motions study’ UFOs cases as presented to the Robertson Panel in January of 1953, whereby he deduced that UFOs were guided by intelligence and the flight characteristics indicated that the intelligence was beyond ‘us’.

Satellite view of (north of the Rhine) and

Quote from the article:
“The most disturbing thing about what happened to Alexander Wendt’s TEDx video this week is that the curators of the TED Talks brand aren’t stupid. Dial up any of the presentations in their voluminous online collection and you’re going to learn something, from international trailblazers like Jane Goodall and Bill Gates, or up-and-coming unknowns with big and provocative ideas.

But after TEDx ‘flagged’ Wendt’s 12-minute lecture ‘Wanted: A Science of UFOs’ even as it reluctantly, belatedly, posted the clip Tuesday on YouTube, you have to wonder if, like SETI’s Seth Shostak, these normally judicious arbiters of what progress is and is not haven’t disqualified themselves from the most astonishing conversation of our age. ‘Claims made in this talk,’ they warned in the video cutlines, ‘only represent the speaker’s personal understanding of UFOs which are not corroborated by scientific evidence.’

Did you get that? The judges just pleaded guilty. I’m smelling a trend.”