I posted a report about this case on 31 July 2008. In the last paragraph I wrote this:

And, this story doesn’t stop with these small UFOs. I have videotaped an RTL (German TV channel) report about this case, which shows a much larger cylindrical-shaped UFO fly past the jet fighter, a short time after one sees the smaller UFOs.

Now, another video of this fighter jet crash has surfaced on YouTube, which shows this larger cylindrical shaped UFO. This Ukrainian TV news report deals solely with the UFOs seen in the footage.

So now we have four mainstream TV channels, that I’m aware of, who have reported that, YES – there exist unknown aircraft, which seemingly have an effect on our aircraft.

The four reports, which are posted on this blog, is this Ukrainian TV report, the Euronews TV report (posted 31 July 2008) and the two Romanian TV reports about the Romanian jet fighter - UFO crash (posted 14 August).

When will we see report number five?

The cylindrical shaped UFO can be seen at 30 seconds into the video: 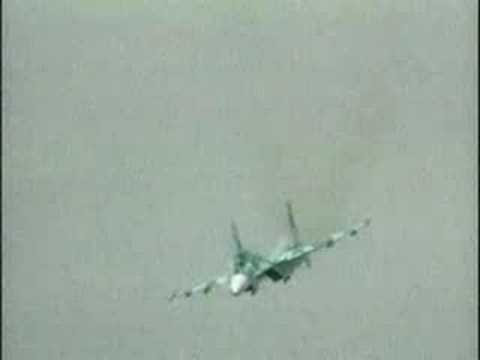