The TV news report has an interview with Chris A. Rutkowski.

The whole transcript of the report on the 1967 case:
Rutkowski: “As they were playing, this wind came up – and this object appeared in the sky. And one of the girls who was closest to it, started to be sucked up into the sky by this … whatever it was.

And they [the other children] actually had to grab her legs and pull her back down to the ground to keep her from flying off and being abducted by a flying cube.”

CTV News: “The incident was witnessed by the girl’s father, the object by the mother. And neither one had any motive to lie about it.”

Rutkowski: “So – I would have to rank that fairly high up in the strange factor!”

I do not believe for one minute that several children and two parents perpetrated a UFO hoax to gain notoriety.

According to Rutkowski – the family wants to remain anonymous. This shows that the hoax theory is untenable.

We are then left with the undeniable fact that a girl was very nearly abducted by an unknown object.

Anyone who has watched a video report or heard a radio show that features researcher of missing persons David Paulides – knows that he often says “It is as if someone picked up the person from above.”

I am not trying to start a new conspiracy theory – but the 1967 Thompson case’s facts are undeniable.

Chris A. Rutkowski reports on the Thompson case in his UFO report entitled “1967: The Year UFOs Invaded Canada” (http://uforum.blogspot.com):

“Going to the children, the woman found they were calming down except her daughter, who seemed dazed.

By the time the other children had come to her aid she was about one meter off the ground and her clothes had edged up her body. Her daughter said she did not remember anything from the time she felt the wind until the time she recovered after being dragged back to the ground.” Chris Styles is one of ’s most respected UFO authors and researchers and the principal researcher into the 4 October 1967 , UFO incident. 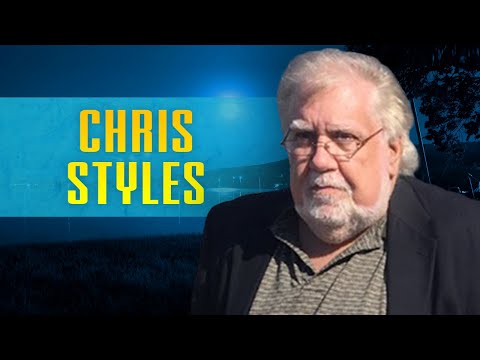 Video text:
“Jordan Bonaparte chimes in about the night’s the topic of discussion, featured guest Chris Styles discusses his longtime investigation of the Shag Harbour Incident, plus a more recent sighting on . Justin Brown joins in the conversation about filming the Cape Sable UFO, his documentaries on Chris Styles and the Rift, the ongoing incidents in and more.”