The whole article:
“A bright luminous object with a long tail which is reported to have been seen in the sky over Calcutta on October 31 [1954] from the control tower of the Dum Dum airport [now Netaji Subhas Chandra Bose International Airport] has started a spate of speculation about flying saucers and Martian observers.

Airport authorities have a report from one of their technical officers about his observation of this mysterious object. It is learnt that the officer while on duty at the tower on October 31 last at about 6 p.m. suddenly found a flash in the sky which was moving at a speed of more than per hour at an altitude of about .

It was stated that the bright white object had a long luminous tail of diffused white light and was passing about five miles north of his observation point. The light appeared about three of four times brighter than an aircraft tail light and the object disappeared from his view within a minute. It did not alter its height, direction of flight or speed. It was steady in its movement and disappeared gradually.

A foreign aircraft which was circling at the time did not report anything about it at the time of briefing.

The aerodrome officer of the Dum Dum airport confirmed that such a thing had been observed and a report on the subject had been submitted to him. He declined to make any comment on the subject, but said that he was sending the report to appropriate authorities.

Rev. Father F. Goreux, astronomer, in-charge of the St. Xavier’s College observatory and senior professor of the commented: ‘It is not an astronomical object. That is certain.’

A doctor of science from [] University () Rev. Goreux has done research work under Dr Kinstein, and has years of experience in astronomical research.

He said that he had also received telephone calls from some of his acquaintances in the city who claimed to have seen a similar object in the sky almost on the same date and time.

Dr Goreux explained that absence of sound could be due to a different mode of propulsion, ‘unknown to us at present.’ Its luminosity he said ‘may be a camouflage to hide its real identity.’

He added [that] the low speed and change of direction as had been observed in such cases, were not compatible with the movement of astronomical objects.

He added: ‘To my mind, the coolness of American scientific authorities seems to suggest that they know about it. Had it not been so they would not have remained silent about an object which had also been observed in years ago.’

In this connection he referred to a very interesting report which he read some time back, in which it was stated that a  pilot while chasing such an object had his plane ‘blown to bits.’

Dr Goreux felt that the main thing was to collect observation from all quarters to determine the truth about these objects.” 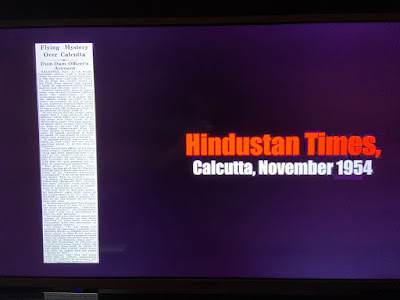 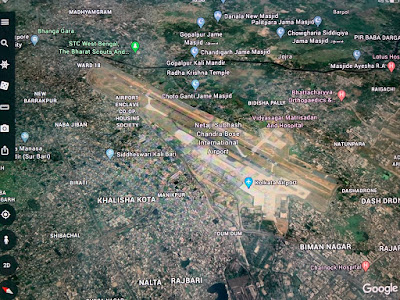 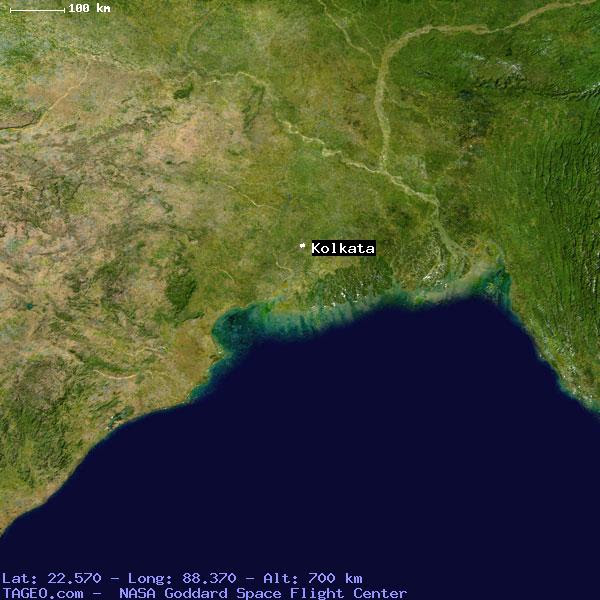 
The whole article:
“An object looking like a ‘flying saucer’ was seen here yesterday [possibly in November 1954] at about 6 p.m. Hundreds of people gathered at the top of Nandan Hills to have a clear view of the object which was of oblong shape and had a bright light at the back.

It came from west and vanished in the eastern sky.

A similar report has been received from Gauhati [now Guwahati] where the ‘saucer’ was seen at about 7 p.m.” 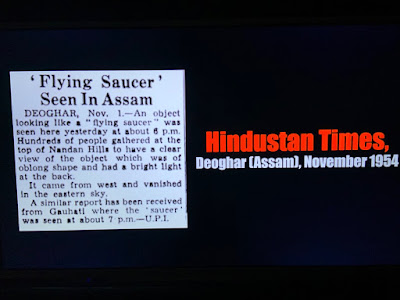 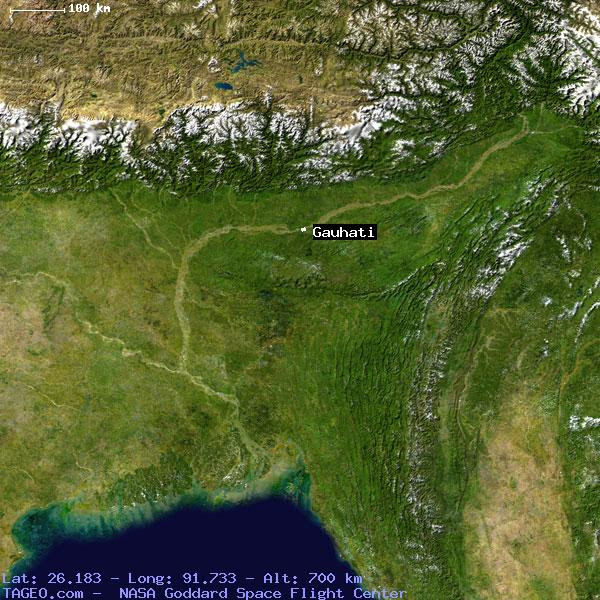 The whole article:
“A number of residents in localities to the south of claimed to have seen on Wednesday [possibly in August 1954] what they thought was a ‘flying saucer.’

The object, which was bigger than a star and looked like a disc was quite bright, the people said. It was noticed at 8-40 p.m. and moved irregularly from the Safdarjung airport towards the where it suddenly disappeared. The object was in the sky for about a minute.

Mr Rajeshwari Prasad, I.A.S., an officer in the Home Ministry, said he saw the object from his residence in Shan Nagar. ‘I thought it was an illusion. I called out my wife and daughter who confirmed what I saw,’ he said. The speed of the object, he said, approximated that of a Dakota.” 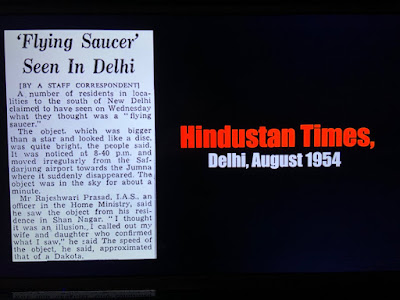 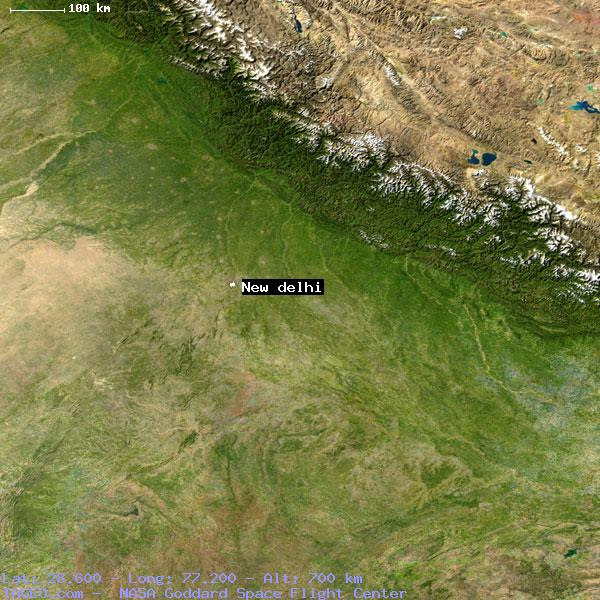