Stefan Michalak of Winnipeg, Canada, claimed he encountered two UFOs while prospecting near Falcon Lake, Manitoba, Canada, on 20 May 1967, at 12:15 p.m.

One of the UFOs landed about 160 feet away from him. The door of the UFO opened. He approached the UFO and looked inside. After a few moments the UFO started to rotate and something like an exhaust vent was now in front of him. A blast of hot gas shot from the vent onto his chest, setting his shirts on fire and causing him severe pain. Burn marks in the shape of a grid were left on his chest. Stefan Michalak (fourth from the left) together with the team that investigated the UFO case (collectionscanada.gc.ca photo)
Lagt inn av Blogger kl. 23:44

The blog is run by the Canadian UFO researcher Chris A. Rutkowski:

Trooper Paul Forster of the Pennsylvania State Police sighted a UFO near Hershey, Pennsylvania (along Route 743) on 8 April 1967, at 8:50 p.m., the Reading Eagle reports:

Quote from the article:
“Another sighting of an unidentified flying object was reported by members of the Skip Dengler family of Weavertown R.D. 2 in the Mount Zion area about 8:53 p.m.”

The UFO Yukon Research Society was founded by Martin Jasek on
12 January 2001: 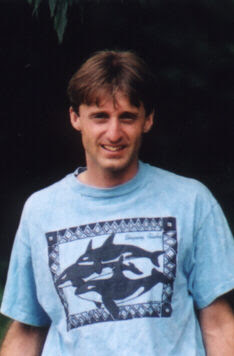 UFO Footage Recorded
By The Finni