UFO Book Excerpt:
“The Case of the Whimpering Dogs”

Hynek reveals how the U.S. Air Force downplayed a UFO incident that occurred in on 24 February 1959. 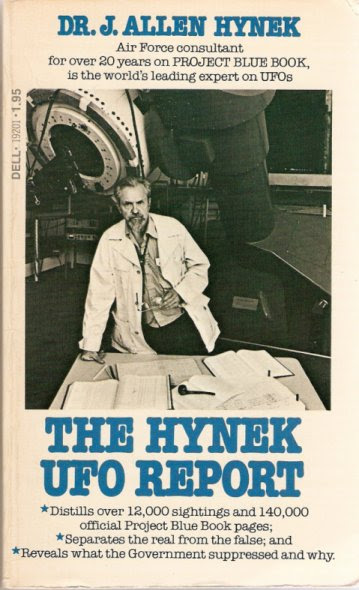 
Quote from the article:
“7. Government cover-up?

You might want to rephrase the last question as: "What would
the government learn if it were to read its own UFO-related
documents?"

The 50-year-long history of the federal government’s involvement in UFO research – as revealed partly via documentation released under the U. S. Freedom of Information Act – shows its propensity to privately classify hard-core UFO-sighting reports while publicly down-playing the need to investigate them.  Certain federal agencies (and various ‘compartmented’ areas thereof, perhaps totaling fewer than 400 persons) have been juggling the hard stuff so long that it has become a way of life – a self-perpetuating system that feeds off its own energy of secrecy for secrecy’s sake.  At this point, breaking this chain of deception may have to depend on a series of whistleblower leaks of smoking-gun material to the public.”


Quote from the Wikipedia article:
“The Robertson Panel was a scientific committee which met in January 1953. The Panel arose from a recommendation to the Intelligence Advisory Committee (IAC) in December 1952 from a Central Intelligence Agency (CIA) review of the U.S. Air Force investigation into unidentified flying objects, project Blue Book.[1] The CIA review itself was in response to widespread reports of unidentified flying objects, especially in the Washington, D.C. area during the summer of