This is a report on the UFO encounter by Russian fighter pilot Maxim Churbakov in August 1991:

The jet fighter malfunctioned after encountering the UFO, and Churbakov had to eject from the airplane.

After months of research, the Mutual UFO Network (MUFON) issued a report based on Federal Aviation Administration (FAA) radar records.

Quote from the article:
“The authors of the report said they reached conclusions:

* There was definitely a real and physical object that appeared and was witnessed.

* The military did not act overtly to the presence of these objects.

I also reported on the Stephenville UFO case on 3 January 2009.

The image shows the radar track of the large UFO which was sighted over Stephenville, Texas on 8 January 2008
Lagt inn av Blogger kl. 17:52

The U.S. Air Force radar network was watching for strange flying objects reported in various sections of the country in early November 1957, according to this news article:

But the U.S. Air Force said that a 10-year search produced no evidence that “flying saucers” exist.

Quote from the article:
“Reports of ‘sighting’ during the past 24 hours continued to pour in from the Gulf of Mexico, Texas, the U.S. Missile Test Center in New Mexico and other areas. The reports told of auto motors stalled and headlights dimmed as objects passed.

The U.S. Coast Guard cutter Sebago reported it kept one unidentified flying object (UFO) on its radar screen while the ‘brilliant planet’ circled the vessel about 200 miles south of the mouth of the Mississippi river.” 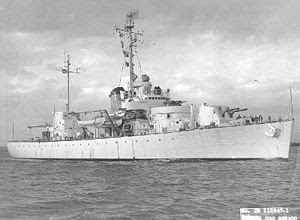