Quote from the article:
“This is one I had missed, probably because  it was selected by the Condon Committee and because the explanations given appeared to indicate it wasn’t that good a case. It’s a good thing I read about it in Ann Druffel’s ‘Firestorm.’

According to her report (page 399) the incident began when Vandenberg AFB radar detected a very large stationary object some miles over the Pacific off the coast. Later, radar detected numerous small, but strong, targets traveling eastward in irregular flight. The location and time of Case #35 was listed in the Condon Report as ‘South Pacific, Fall

The Vandenberg incidents, therefore, possibly represented a ‘carrier craft’ releasing numbers of smaller UFOs. Large UFOs like this had appeared off the coast from time to time, reportedly hovering for hours some miles at sea. If the Vandenberg main object was a ‘carrier craft,’ the Vandenberg reports and the aviator sighting could possibly be linked. In McDonald’s files, no indication had been found that he managed to track down the NWC aviator sighting.”

Quote from the Wikipedia article:
“Vandenberg Air Force Base (IATA: VBG, ICAO: KVBG, FAA LID: VBG) is a United States Air Force Base () northwest of Lompoc, California. It is under the jurisdiction of the 30th Space Wing, Air Force Space Command (AFSPC).

In addition to its military mission, the base also leases launch pad facilities to SpaceX (SLC-4E), as well as () leased to the California Spaceport in 1995.

Established in 1941, the base is named in honor of former Air Force Chief of Staff General Hoyt Vandenberg.

Vandenberg Air Force base will serve as one of two Pacific bases to defend against possible North Korean or Iranian missile threats. The program will have interceptor missiles that will launch to take down intermediate-range ballistic missiles that pose a threat to the United States.[3]” 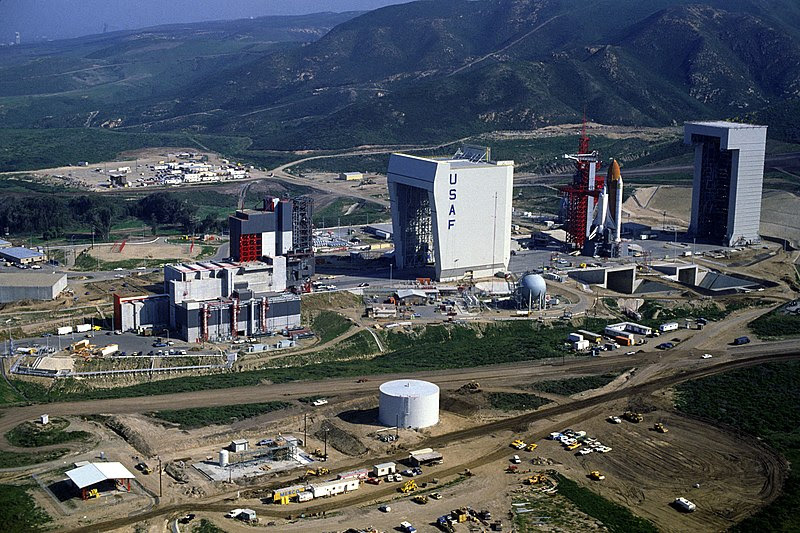