In one of the thumbnails one can see that the unknown object appears on the TV screen from behind the stadium screen. 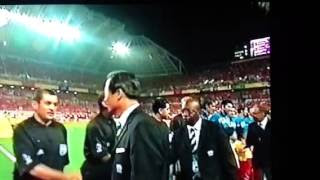 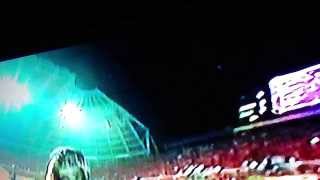 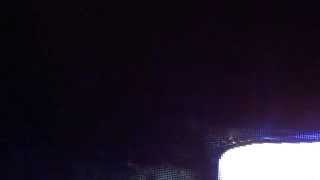 The  object appears from behind the corner of the stadium screen 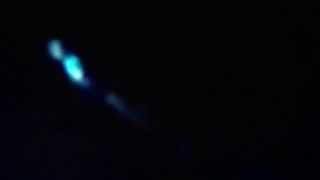