Project Blue Book was an operation of the Air Technical Intelligence Center. 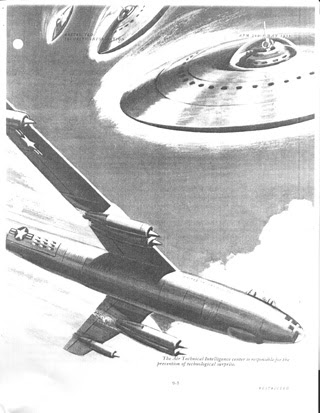 Quote from the article:
“The Air Force admitted today that people actually see
‘something’ when they report flying saucers and said some of
the unexplainable objects travelling at speeds up to 2000 miles
an hour have been tracked by radar.”