A. J. Gevaerd, editor of Brazilian UFO Magazine, announced on 6 May 2009 that the Brazilian Government has disclosed an additional 600 pages of previously classified UFO documents:

The Brazilian Government has now released over 1,400 pages of previously classified UFO documents.

It's the Brazilian UFO Researchers Committee (CBU), through the campaign, “UFOs: Freedom of Information Now”, who has unearthed this new UFO information. This campaign started in 2004. 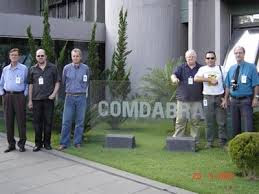