A , resident photographed a cylindrical shaped UFO over the I-10 interstate bridge on 19 June 2008. Quote from the article:
“Socorro policeman Lonnie Zamora says he saw it, and police and military men seem inclined to believe him.” 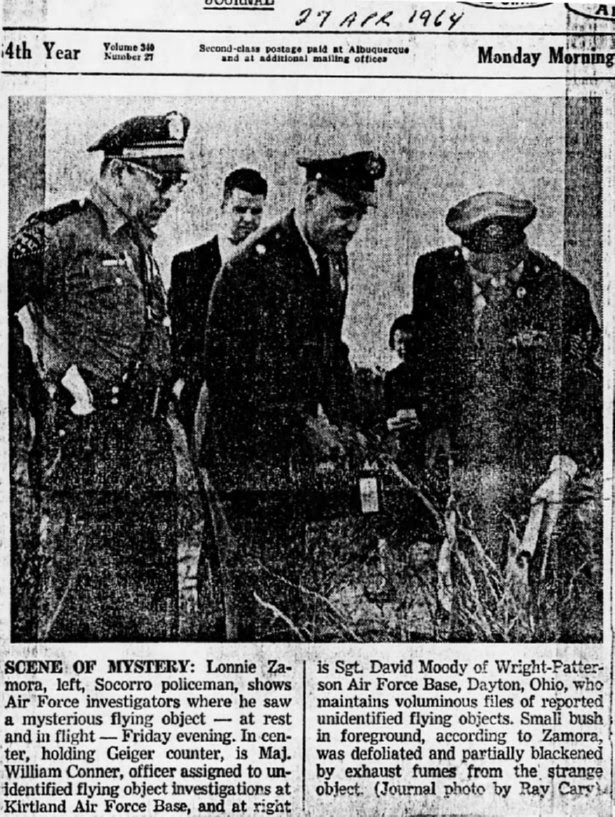