Major George Filer, who runs the YouTube channel, NationalUFO, presents a video from the 2013 Citizen Hearing on Disclosure: 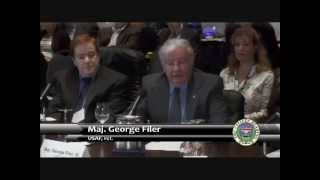 Major George Filer, who runs the YouTube channel, NationalUFO, presents a video from the 2013 Citizen Hearing on Disclosure:

The Citizen Hearing on Disclosure was held at the National Press Club in Washington, D.C. from 29 April to 3 May 2013.