Quote from the document:
“Facts and Discussion

1. On 4 Nov 1952 Capt E. J. Ruppelt and Lt R. M. Olsson visited Col Hood, chief of the Nuclear Powered Aircraft Branch of WADC. Previous to this visit, Col Hood had contacted ATIC in regard to certain sightings of UFO’s at Oak Ridge National Laboratory, , in which he and a Naval officer had attempted to obtain correlation between sightings and peaks in radiation backgrounds.

2. Col Hood stated that in Jul 1950, the person who was then head of the Physics Department at Vanderbilt University (Col Hood could not recall his name, but stated he would find out and notify ATIC) said that he believed there might be some correlation between sightings of UFO’s and increases in radiation. Col Hood and a Naval officer became interested and attempted to correlate these occurences.”

3. … Col Hood stated that approximately three times per month, peaks would be recorded on the tapes, sometimes on either the alpha counter or gamma counter and sometimes on both simultaneously. They took these peaks and the unknown radar pickups and in some cases were able to correlate them. No written record was made or kept, consequently, the percent correlation is not known.”

Quote from the article:
“A new book on flying saucers said today some atomic scientists have detected ‘abnormal radiations’ at the times and in the areas of sighting of unidentified objects in the sky. But it says there is no proof the phenomena are connected.

He said that the data which he gathered on the radiation reports was rejected by the Air Force as containing ‘not enough conclusive evidence.’

‘No one could explain the sudden bursts of radiation, but there was no proof that they were associated with UFO’s,’ Ruppelt said in ‘The Report on Unidentified Flying Objects,’ published by Doubleday & Co.

panel of scientists in January 1953, rejected an unofficial Air Force analysis prepared by a staff headed by Maj. Dewey Fournet, that UFOs were interplanetary space ships. Ruppelt said the space ship conclusion was supported by some air officers ‘at command levels just a notch below’ Maj. Gen. John A. Samford, at the time Air Force director of intelligence.

3. While the Air Force has said officially there is no proof that space ships exist, ‘This conclusion is far from being unanimous among the military and their scientific advisers.’ ” 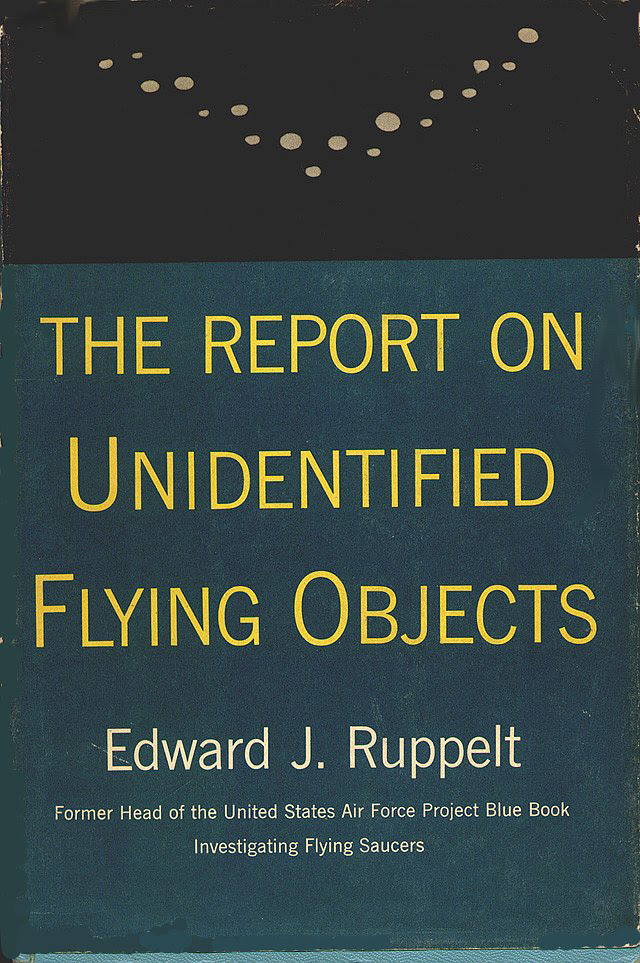 Quote from the document:
“1. At approximately 1330 on 29 Dec 1952, Capt Ruppelt called Lt Col Paul H. Butman (telephone: Sterling 38000– Extension 221), Division of Military Application, Atomic Energy Commission, Washington, D.C. Purpose of the call was to coordinate the visit to Los Alamos. Col Butman has previously been briefed on the possible correlation between detection of radiation from unknown sources and unidentified flying objects by Capt Ruppelt during a visit to AEC approximately two weeks ago.”

The whole t:
“1. On the evening of 15 Dec 1952, Capt E. J. Ruppelt called Mr. Homer T. Gittings, Jr., of 1537B 41st Street, Los Alamos, New Mexico (Tele: 24880). The purpose of the call was to contact Mr. (blacked out name) in regard to some previous data that Capt Ruppelt had obtained about a correlation between the visual sightings of UFO and radiation from unknown sourses. Previous to this, Capt Ruppelt sent Mr. (blacked out name) a registered letter requesting the data, but the letter was returned as unclaimed. Mr. (blacked out name) explained that when the letter arrived, he had been out of town and the post office had gotten mixed up on his instructions to hold any mail and had returned the letter.

describing the nature of the radiation which had been picked up, Mr. (blacked out name) stated that ‘they picked up a vertical component – a particle that penetrated three thin walled tubes and the roof of the building.’ The tubes are 5/8 inches in diameter and on center. He stated that they had checked all sources of radiation from the laboratory and that this type of radiation was far out of line for any cosmic activity.

4. Mr. (blacked out name) was asked to obtain more information on the type of equipment that was used to get the radiation, the exact dates and time of all indicated radiation, and a little bit of background on each of the people. He was also told that personnel from Blue Book would try to contact him personally within the next two or three weeks to obtain all of this information.”