NICAP’s Photographic Adviser Ralph Rankow, a photographer, wrote the following in a letter to Arthur Sketchley:
“9. MARTIN B-57 (Circa 1954)
This photo taken by the Martin Co. for promotional purposes. The disc in the upper right corner was not noticed until the negative was processed. The lighting on the disc conforms exactly with the lighting on the rest of the picture, indicating a real object was photographed. (The Martin Co. had been attempting to explain the object as being a ‘scratch on the film’).”

The Martin Company defaced this photo twice, according to several UFO researchers. 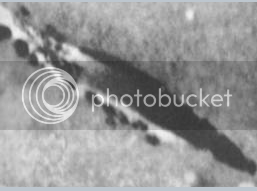 The UFO in the original photo
(i299.photobucket.com photo) 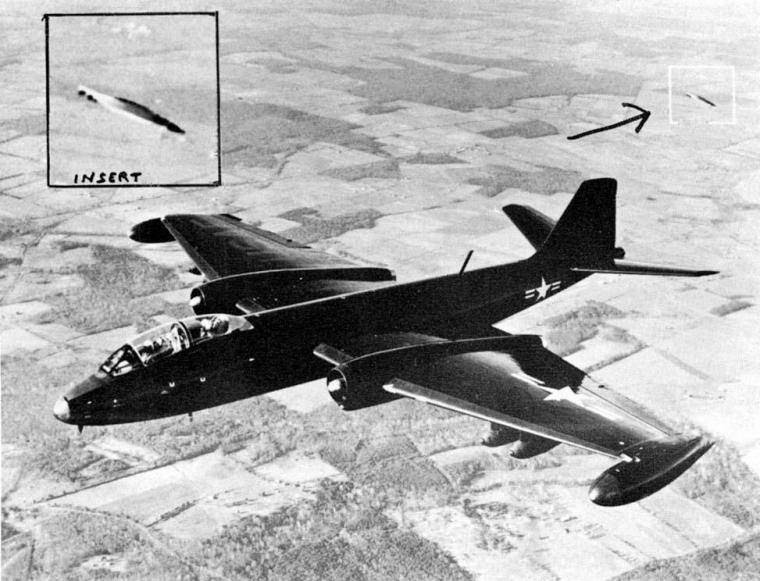 The defaced photo of the UFO