The case report about the Colusa UFO incident can be found on
Page 39. 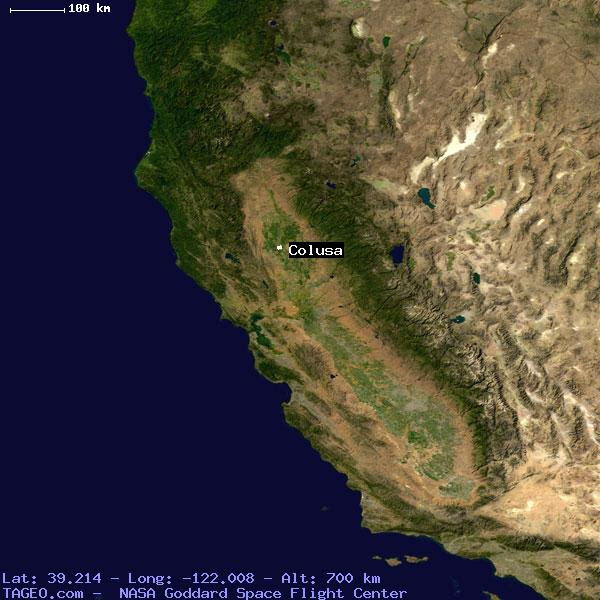 The article reports on the Bill Pecha, Jr. UFO sighting (occurred at around 1:00 a.m.).

Quote from the article (Page 2):
“Three years ago — on September 10th, 1976 — a Colusa man, his wife, several of his neighbors, and a handful of other witnesses claimed they saw an unidentified flying object over Colusa. The case has since become one of the most well-documented  UFO sightings in recent history, but it is a mystery that has yet to be solved — and a sighting that has yet to be proven or disproven by UFO experts — even after three years.”

The whole article (Pages 1 and 2):
“ ‘It was a nightmarish experience I’ll never forget. I didn’t believe in UFOs before, but I do now. You’d have to see it to believe it, but so help me what I saw — and felt — about .M. Friday
(10 September 1976) outside our house is the truth.’

That’s what Bill Pecha, Jr., who does machine and bankout wagon work in his shop at 1650 Wilson Avenue, Colusa, told the Sun-Herald in describing what happened after the power went off (the power outage lasted for about nine minutes) while he was watching a Channel 12 television program. His wife and two children were asleep at the time. Said Pecha:

‘When the power went off I started outside and saw this huge glowing thing hovering over our house. It looked to me like it was across and from 10 to in height shooting out beams of bluish light. It looked like a huge inverted cup and saucer with the outer brim spinning clockwise and an inner disc spinning counter clockwise. When I got outside I felt funny. Seemed like all the hair on my body was being pulled up.

‘There were three of these things, the big one and two smaller ones on the high power line in back of the ‘Slim’ house. There was no noise, no sounds of any kind — just a huge blue halo of light with the big UFO maneuvering about at amazing speed. I awakened my wife and she and my son and daughter saw the whole thing, too. So did Les and Gayle Arant (they reside at ) because I awakened them as I drove into town to report the UFO sighting to the sheriff’s office. At that time this ‘thing’ was heading toward the fairgrounds and disappeared in a southeasterly direction, like toward .

Pecha said the Arants drove into town, too, as a report was made to the sheriff's office which apparently had received other reports from Colusa area residents who had seen the strange glowing object.

Pecha said he was so frightened that  he drove into town as fast as he could in his pickup with the lights out. But, he said, the bluish light from this thing, about off the ground, seemingly followed him, then disappeared. He further described the events which transpired thusly:

‘Slim Davis and his wife were asleep. There was a bluish light all over their place, and coming down these shafts of light turned to an all-white color. This thing darted about, clear out to the foothills and back. On each side it had two things about eight feet long which hung down and curled around underneath it. They looked like wire bristles. The power line poles were glowing and the two smaller UFOs each had lights.

‘All of this happened, I guess, in a matter of 15 or 20 minutes. A call was placed to Phenomena Research, the UFO reporting center in , and the man in charge asked if this thing I saw had three lights, or windows, and I said it did. My report was that it seemed to have long flexible cables by which it looked like it was being maneuvered.’

Pecha, who said he and his family didn’t get much sleep after the early Friday morning incident, told his story to a number of Colusans and has received numerous telephone calls. ‘I  guess some believe me and some don’t,’ he said. ‘But I know what I and others saw. It made a UFO believer out of me, that’s for sure.’

Pechas said two officers from the sheriff’s department came out to talk with him further about what he saw. It is also understood that a man from the UFO reporting center in is coming here to talk with Pecha about the incident and also to have him make a drawing of the object.

Pacific Gas & Electric Company officials who were contacted about the incident said there may have been some relation between it and the fact that about the time the power outage occurred shortly before .M. Friday, the PG&E substation at Victorville went out, causing a high voltage power line overload.

It was suggested that the power overload caused static electricity being conducted into the ground and this might have accounted for the weird, glowing UFO witnessed and experienced by Pecha and others.

But Pecha doesn’t buy this theory. ‘It was big, it was real, it was terrifying — shafts of light seemingly come at you, hovering over barns and houses, darting away, coming back, moving upward, then shooting back down close to the ground. I wasn’t a believer in UFOs before, but I certainly am now. I don’t ever want to go through anything like this again.’ ”

The article contains Bill Pecha’s drawing of the UFO.

I also reported about this UFO case on 3 November 2013.