In this UFO documentary segment Steven Schiff comments about the runaround he received by the U.S. Department of Defense, when he searched for records pertaining to the Roswell case:

Schiff: “ … got the complete runaround by the Defence Department, to be referred to an agency that’s supposed to have the documents; and they don’t have the documents. That’s something I’ve just never experienced before!

I think the Department of Defense is acting like there’s a cover-up, even if in fact there is no cover-up.”

And what’s interesting is that Schiff was also a National Guard reservist. So he wasn’t an enemy of the U.S. Military (Pentagon). He was only interested in obtaining information regarding the Roswell case.

Steven Harvey Schiff was a member of the United States House of Representatives, representing the first district of New Mexico from 1989 until his death in 1998.

There’s one fact regarding the Roswell case (apart from the below radio news report) which virtually proves that something (whatever it was) important was going on.

The RAAF (Roswell Army Air Field) administrative records from March 1945 to December 1949 and outgoing messages from October 1946 through December 1949 were inexplicably destroyed! 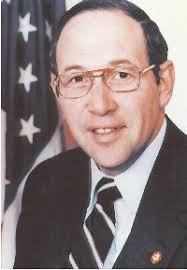 Apart from collecting information regarding UFO cases, the AFU also collects UFO material (videos, books, magazines and newsletters). The organisation does this by purchasing the material itself, gifts it receives from UFO researchers worldwide or swapping of UFO material with other UFO organisations or researchers.