UFO Article (Blog):
“Reference to the Advanced Aerospace Threat and Identification Program found in a 2018 issue of the US ‘Congressional Record.’ ”

In a blog post dated 28 June 2018, titled ‘New US congressional hearings on UFOs?’ I brought together several pieces of information which suggested that at least one US Congressional Committee (and maybe more than one) was looking at conducting hearings on the topic of UFOs, stimulated by the news about the Advanced Aerospace Weapon System Applications Program/
Advanced Aerospace Threat and Identification Program (AAWSAP/AATIP.)

2. The House of Representatives Science, Space and technology Committee.

Recently a group of collaborating researchers, composed of Roger Glassel from ; Curt Collins from the ; Paul Dean from , , and myself from , have been following up on this subject area. The group has found a very interesting item, in the ‘Congressional Record.’

The Team’s understanding, is that this means that the reference to ‘Committee on Armed Services’ is to the House of Representatives Armed Services Committee. Does this mean that there was a presentation of some kind around April 2018? Are these ‘products’ back in the 2007-2012 era, or later? Was this a review brought about by the New York Times article of 2017? The finding of this item just raises further questions.” 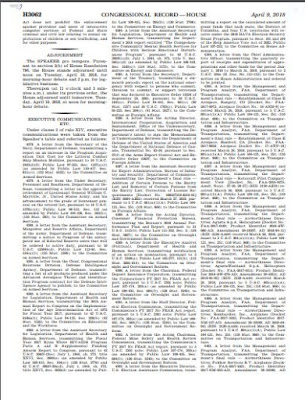 On the morning of 7 August 2018 my attention was drawn to the existence of a number of documents, and videos about the Advanced Aerospace Threat Identification Program (AATIP.) The story broke when Twitter user @Jay09784691 posted several tweets about them, thus placing them in the public domain.

Below, I present a summary of the items. I have chosen not to post any of the images in this post, as some provide personal information about certain individuals. I will however use the names of individuals who have self identified themselves as members of the To The Stars Academy.”