"The program, explained Air Force Secretary Robert C. Seamans Jr., "cannot be justified either on the ground of national security or in the interest of science."

"In a year when man has assured himself that there are no moonmen or Martians, UFOs seem more than ever to be a product of terrestrial imaginations.”

If the Condon Report decisively debunked UFOs in 1969 – why then hasn’t TIME Magazine criticised the U.S. government for wasting a lot of taxpayer money and human resources on producing thousands of official U.S. government UFO documents which are dated after 17 December 1969?

And why then did U.S. Air Force Secretary Robert C. Seamans, Jr. continue to collect UFO information, if it couldn’t be justified? 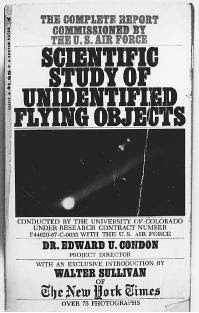