This UFO TV report regarding UFO videos was broadcasted on a Japanese TV channel.

UFO video No. 9 is remarkable.

A Japanese mountain hiker managed to film a very large, cylindrical shaped UFO, which hovered low over a mountain. A short time into the video one can hear a woman shout – “UFO”. Bright, pulsating lights, the likes of which have been seen in many footage of cylindrical shaped UFOs, can be seen on the unknown object. And the TV producer points out a car which drives up the mountain. This shows how low the UFO hovers over the mountain.

It’s unknown where the video was recorded.

UFO video No. 9 can be seen 41 seconds into the report:

This is a very interesting article pertaining to CIA and the UFO controversy that is found on The UFO Chronicles (by Frank Warren) (www.theufochronicles.com/) website: 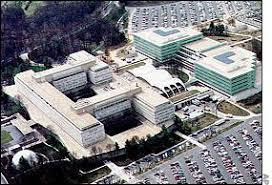