The documents were made available in August 2012 under Australia’s 30-year rule, OpenMinds.tv informs:

The UFO files are held by the National Archives of Australia.

The video report is presented by Alejandro Rojas. 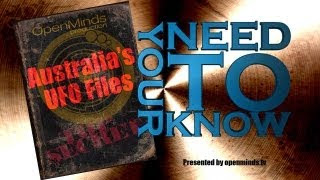