Quote from the article:
“An American scientist contended Saturday that flying saucers were visiting the earth from another world and accused governments of a deliberate program to debunk their existence.

Prof. James McDonald, 47, senior physicist of the of and professor in the department of meteorology at the , said he had no scientific explanation for the visits.

But he told newsmen here that scientific proof of flying saucers and acceptance of their existence had been delayed by a deliberate debunking program arranged by many governments and backed by the U.S. Central Intelligence Agency.

McDonald, who was in to investigate sightings of unidentified flying objects (UFOs) seen over , said he did not believe there was a CIA conspiracy to cover up the truth but rather that they were trying to sweep the problem under the carpet.

This, he said, was a device to solve the problem of the large number of operatives tied up on UFO sightings.”

NOTE: Dr. James E. McDonald was a professor at the of , not .

Quote from the article:
“Ever wonder if we are alone in this universe?

Over the years, many researchers and scientists have scoured government documents at the National Archives in search of proof that life exists beyond Earth.

The National Archives and Records Administration is actually home to several collections of documents pertaining to unidentified flying objects (UFOs) or ‘flying disks.’ And over the decades, those resources have been thoroughly probed and scrutinized for even a hint of more information and proof of alien existence.

One set of documents, known as Project Blue Book, includes retired, declassified records from the United States Air Force (USAF), currently in the custody of the National Archives. It relates to the USAF investigations of UFOs from 1947 to 1969.

According to a US Air Force Fact Sheet, a total of 12,618 sightings were reported to Project Blue Book during this time period. Of those, 701 remained ‘unidentified.’  The project — once headquartered at Wright-Patterson Air Force Base, — officially ended in 1969.

The subject of UFOs has long fascinated National Archives staff members as well. In a July 15, 2017, National Archives The Text Message blog post, ‘See Something, Say Something’: UFO Reporting Requirements, Office of Military Government for Bavaria, Germany, May 1948 archivists Greg Bradsher and Sylvia Naylor share a brief history of Project Blue Book, the project’s alternative names over the course of its existence, and some information on the infamous Roswell, New Mexico, UFO incident.

As more documents are searched, processed, and declassified, what evidence might be found of alien and UFO existence at the National Archives? That remains to be seen, but based on past history, it’s clear that researchers and UFO enthusiasts will continue to dig for more information. The widespread fascination with the possibility of the existence of alien life forms and UFOs continues to arouse great passion and controversy all over Earth.”

Biography.com presents an in-depth focus on the late astronomer and the U.S. Air Force’s scientific consultant on UFOs (1948 to 1970). 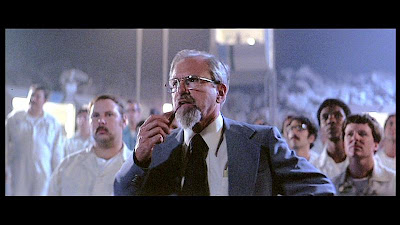